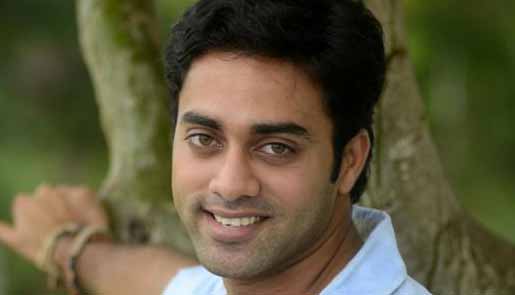 Telugu actor Navdeep, who has done some good as well bad films in his decade-long career, says he's happy that he has managed to "survive" in the industry. However, he isn't too satisfied with his choice of films.

"I feel I could've been in a better position with solo hits to my credit. I could've been even more successful. On the contrary, I think I have successfully survived far better than any of my counterparts, and I'm glad that I've been getting offers," Navdeep told IANS.

"There are some films I do because I have to do...(and) some films I take up with the hope of doing something different. Every role can't be challenging and I can't sit and wait for good roles. I choose the best from what I'm offered. That's why I'm not too satisfied with some films I've done," he said.

With hits such as "Chandamama" and "Arya 2" to his filmography, Navdeep's last few films didn't do well at the box office.

Yet he's busy with multiple projects because "my attitude towards work has kept me busy. I don't choose bad films. It's just that some films don't work".

Navdeep has also worked in a few Tamil films, with "Arinthum Ariyamulam" being the biggest hit. He still couldn't build his career there.

"I was about 18 when 'Arinthum Ariyamulam' released. Had I got that success when I was 25, I would've managed to succeed. I didn't have the maturity or exposure to cash in on the success at that young age. I did a few films after that but they didn't do so well," said Navdeep, who has also worked in Tamil films such as "Aegan" and "Solla Solla Inikkum".

He also has Tamil film "Nondi Kuthirai" in the offing.

Asked about what he thinks has changed in the industry since his debut in 2004 Telugu film "Jai", and pat comes the reply: "Making a film has become easier but releasing it is challenging."

"I think today anybody can make a film. The technology and budget is no longer a constraint because filmmakers have mastered the art of making low-budget films. I can make a film today with a 5D camera and there are people who are even willing to work for free," Navdeep said.

He feels the filmmaking process has evolved thanks to the advancement in technology. But there's a catch.

"Taking a film to the audience has become tougher. People are not addressing this problem seriously. Everybody is concentrating on making films but not as much on this pressing issue. I don't think that's a good sign," he added.

Looking back and learning from his own career, Navdeep said: "I would like to raise my standards as an actor. I've also learnt that when I don't have films, I need to be patient and when I'm busy, my attitude towards work shouldn't change."

"References were drawn from the most iconic look of every decade": ...