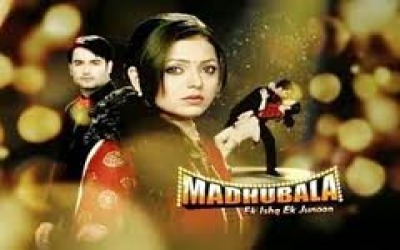 Nautanki Films hit television serial Madhubala' expresses many the hurdle of the everyday Indian woman. Using its popularity to draw attention to a serious social issue like forced abortions, the serial's lead protagonist Madhubala (Dhrasti Dhami) is seen in a dilemma which many women in India could relate to.

In present day society, though women's rights are being spoken and fought for, their liberty to take decisions stands as a question mark. Forced abortions, a prevalent concern, is faced by most of the members of the fairer sex irrespective of their caste, class or creed.

The popular daily soap Madhubala" has taken up the task of bringing this issue to the forefront. The past week saw the show's protagonist, Madhu's, dreams getting crushed when her husband RK(Vivian Dsena) tries to coerce her to abort their first child to suit his own agenda. Standing against her husband's wishes, Madhu makes a firm decision to keep the child.

Speaking on the ongoing track, Abhinav Shukla, co-producer of production house Nautanki Films says "Many times injustices done against women go unnoticed. With our show we will try to throw light on these issues, we are hopeful the gravity of this social issue will reach out and make an impact on the show's many viewers"

Saurabh Tewari, co-producer Nautanki Films added, "It is not the first time we have introduced a social cause in the story, and it is definitely not the last time we will do so. We are quite pleased to use our show as a platform to showcase issues which affect the general public"

Coincidentally the show has previously dabbled with the grave issue of female foeticide, wherein Madhubala's mother was forced to drop her girl child by her husband and family, against whom she strongly fought and won, managing to keep the baby.

With the upcoming episodes getting interesting, Madhu's next step would be worth waiting for. Whatever may be her reaction, one thing is for sure Nautanki Films' "Madhubala" is proving to  be quite an inspiration to all its female fan following.

Ayeshazain 6 years ago i see this show only for madhubala . i love this show

gurti2012 6 years ago Drashti Dhami, wish to see all your wishes getting fulfilled

rishbala is perfect 4 each other

k_durga_d 6 years ago drashti&vivian hatsoff to u2, both of u hv been consistently convincing natural actors who hv made madhu&rk so real that each & every emotion of theirs leaves such an impact, madhubala rocks coz of them, GOD BLESS LUV U2!

aksa786 6 years ago It is good they are showing it but truly speaking if I love this show a lot then yes its because of RK aka Vivian Dsena. RK is really amazing & awesome. RK U Rock.