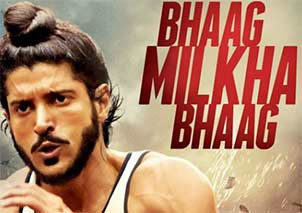 Starring Farhan Akhtar in the lead role, the film not only won critics' appreciation but the audience loved it too, making it a huge box office success.

Seasoned Indian actor Naseeruddin Shah criticised "Bhaag Milkha Bhaag" as a fake film. However, audiences lapped the film and the story of former athlete Milkha Singh aka Flying Sikh did a whopping business of over Rs.100 crore.