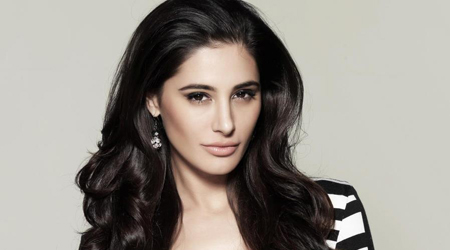 Nargis Fakhri has shared screen space with Oscar-nominated actress Melissa McCarthy in her first crossover project "Spy". Elated by the opportunity, the actress says it was a privilege to team up with the Hollywood icon.

"Being able to work alongside such a talented and influential actor as Melissa in my first Hollywood movie is a moment I feel blessed to have had," Nargis told IANS in an email interaction from New York.

The "Rockstar" fame actress can be seen jumping over cars in the film's trailer as she plays an agent from a terrorist group who is on a mission to seal a deal over a nuke bomb.

In the trailer of the Paul Feig-directorial, Nargis is also seen embroiled into a funny food fight scene.

She points out that she had a lot of fun while shooting the fight sequence for the action comedy.

"She (McCarthy) was great around the set and our chemistry on screen made our fight scene really special," added Nargis, who has been a part of Hindi films like "Main Tera Hero" and "Madras Cafe".

"Spy" revolves around a plus-size CIA operative, who takes up the challenge to go out in the field to fight the wrong and save the world. It chronicles her adventures and narrates obstacles she finds during the mission.

Nargis considers Feig, who has also helmed films like "The Heat" and "Bridesmaids", as her guiding force in the international world of cinema.

"I think being directed and mentored by someone as inspirational as Paul Feig not only improves my performance but as a whole makes it what it is," the actress said.

"Spy" will hit the screens in India on Friday.

Amit Dolawat and wife Cheshta blessed with a baby boy