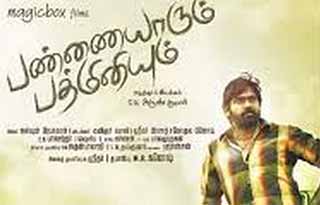 Actor Nani will team up with director G. Ashok of "Pilla Zamindar" fame again for a yet-untitled Telugu remake of Tamil film "Pannaiyarum Padminiyum". The remake will go on floors from October.

"Nani acquired the Telugu remake rights of the film a few months back. He will be playing the lead in the remake, while 'Pilla Zamindar' director Ashok will direct it. The film is expected to go on floors from October," a source close to the actor told IANS.

Earlier this year, Nani confirmed on his Twitter page that he has acquired the Telugu remake rights of the film.

"Actor Rajendra Prasad is being considered to play the role of Jayaprakash from the original. It has not been confirmed yet, but the makers are keen to cast him," he added.

Jayaprakash and Thulasi played the lead roles in the original, while actor Vijay Sethupathi played their loyal servant. The story revolves around an Ambassador car.

IPL 2020: Fans get creative with Instagram reels as they cheer for ...