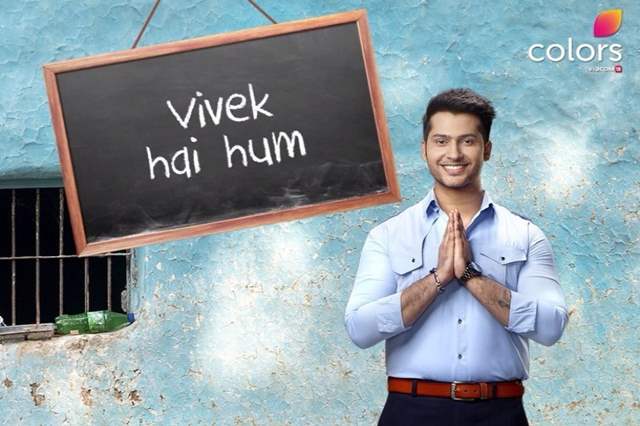 As we know, Swaragini fame Namish Taneja will be making his debut into social drama with Producer Mahesh Pandey's Vidya. The show which will air on Colors focuses on the current scenario of the Indian education system, narrating the story of a young lady named Vidya, who hails from a small village in Uttar Pradesh. Due to some unfavourable situations, she is forced to take up teaching in a government school but being an illiterate herself, she struggles to teach the students.

Namish who will be seen after a few episodes in the show got candid about the show, his character and on the growing trend of supernatural shows and web content.

What is Vidya about?

Why did you choose this show?

I liked the concept. I have watched many shows. This too is for income but it has positivity in it. If I’m doing a show based on education then I can say it a thousand times that I have done something good.

How will you describe your character from the show and why haven't we seen you in the promos yet?

I’m playing a character named Vivek Vardhan Singh, a district magistrate who’ll teach everyone how to differentiate between right and wrong. I am not shown in the promos yet because my entry will happen after ten episodes. It is to build interest among the audience about my character.

What is your take on the growing trend of supernatural shows?

People like these kind of shows too but now I feel such shows should not be made in India, There should be some limit because after a lot of struggle our country became independent, recently we completed 70 years of independence and if we still continue to believe in such superstitions and supernatural stories then how will we grow as a nation. It should be ignored for a while but yes, it is fine for entertainment.

The Indian education system is highly criticized, be it for its poor infrastructure or pedagogy. What is your opinion about it?

I feel that the allocated budget for education should be increased now. Education is very important for us as we became independent recently and the countries we compare with us, be it the USA or UK, they were enjoying during that time. They had a good amount of money while we had only 2-3% of that and still we are able to beat them in many fields. India is the first country to reach on Mars and we are still trying hard to achieve more. So, education is extremely important for the growth of our country.

Digital platforms are flourishing these days. So, do you have any interest to work in web content?

Yes, I want to work but I don’t want to become famous for abusing on-screen. I always try not to abuse for achieving a position but yes, never say never. If ever there is a requirement I’ll do and try to do good.

What is the one best memory from your school days?

There are many memories but I remember one most. My dad used to give me ten rupees, out of which my sister used to take three rupees, my brother used to take remaining three and with four rupees left, I used to gorge on noodles and samosas.

We wish Namish and the entire team of Vidya all the luck for their show.

Vikrant Singh Rajpoot: I am emotional over the ending of Vidya

"I Personally Feel that this is the Time for Us to Delve and ...
21 minutes ago

Karan Aanand prays for people who lost their lives Beirut ...
26 minutes ago

Kartik Aaryan receives a Massive hike for the remake of Allu ...
26 minutes ago

Parineeti Chopra, Arjun Kapoor, and many more celebrate ...
28 minutes ago

Close Sources Reveal What Happens on the Sets of Shamshera; ...
41 minutes ago

Priyanka Chopra Jonas talks about she and Nick being ...
50 minutes ago

"I Was Not Sleeping Around with Heroes for Roles or Having ...
52 minutes ago

Sameer Sharma's post on mental health and Sushant Singh ...
an hour ago

“Our Entire Film Team Will Wait to Welcome Abhishek Back ...
an hour ago
View More
TOP