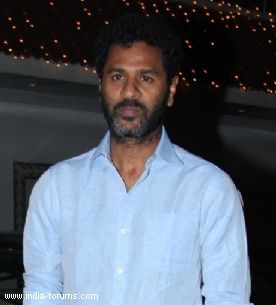 Actor Nakul, who is basking in the success of recent Tamil hit "Vallinam", says it's been his biggest wish to work with choreographer-director Prabhu Deva. He hopes to work with him sooner or later.

"I have been his biggest fan and have always wished to work with him. I recently saw his film 'R...Rajkumar' and I thoroughly enjoyed it. I could see Shahid Kapoor's minute reactions brought out perfectly in every scene," Nakul told IANS.

Nakul says it will be a challenge to work with Prabhu Deva.

"I like to do work that challenges me. I'm sure working with Prabhudeva will be extremely challenging because I know he will keep me on my toes. Doing songs in his films mean you have to work extremely hard. So, all this will make working with him exciting," he added.

While Prabhudeva is currently busy with Hindi film "Action Jackson", Nakul says he doesn't even mind doing a Tamil film with him.

"I just want to work with him. I wouldn't mind Bollywood but what I really need is an opportunity," he said.

You think you ready for Bollywood?

"I still feel Bollywood is out of space for me because at time I'm still skeptical about my own work. But if an opportunity comes my way, I would love to work. If I get to work there I think I can improvise more as an actor because I know the language," he said.