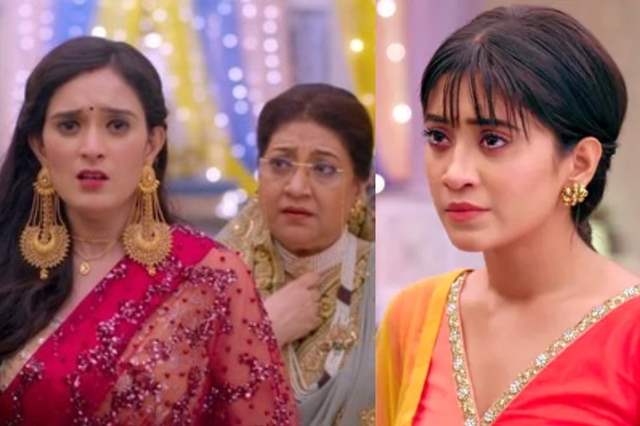 Star Plus’ one of the popular shows Yeh Rishta Kya Kehlata Hai is currently high on drama with the on-going courtroom track. In the present track, circumstances have again brought Kartik and Naira against each other, the two are seen fighting for their child, Kairav’s custody. However, things have become more intense this time, Kartik’s lawyer, Damini has gone way too far for the case as she brought some confidential papers from Naira’s Goa’s residence. She has presented papers in the court claiming that Naira wanted an abortion and never wanted Kairav’s existence.

As Damini goes on humiliating and accusing helpless Naira, everyone is left shocked but Kartik gets furious and yells at Damini. Post which, Naira runaways from the court and gives up on her fight. In the coming episode, Kartik too will take his case back. Meanwhile, Vedika can be seen escaping and hiding from a stalker, who will turn out to be her ex-husband. He has come back into Vedika’s life with some secret motives and blackmail her to go against Goenkas. She will bribe him to stay mum as he knows some secrets about her past, which will eventually put her trouble.

Naira, on the other hand, finds out that something is fishy and Vedika is hiding something from the entire family. She will dig out information from Vedika’s past and inform Kartik about the same. Kartik will be furious to know Vedika’s truth and throw her out of the house for misleading his entire family and playing with their emotions. So, this might raise the chances for Kartik and Naira’s reunion.