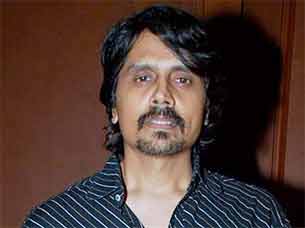 At a special screening of Nagesh Kukunoor's "Lakshmi" for sex workers held at the centre of a red-light area here, the filmmaker was accosted by a group of extremely overwrought sex workers who wanted to know who the played the nasty pimp in the film.

"Agar woh mil jaye to hum ussey aisa sabak sikhaayenge ki naani yaad aa jayegi (If we find him, we will teach him a lesson to remember)," the workers told Kukunoor after the screening.

The screening was held at the Alankar theatre on Grant Road.

Of course when they got to know that the "offender" was none other than Kukunoor himself, the sex workers directed their wrath at him, bombarding him with loud expletives and jostling him until he had to be whisked away.

Laughing at the experience, the film's co-producer Elahi Heptoolah said: "It was a screening only for the sex workers of Kamathipura (Mumbai's red-light district). The atmosphere was charged and emotional. The ladies completely empathized with what was being shown on screen.

"They felt it was their own story put up there and the pimp, played by our dear director Nagesh, represented everything that was evil in their lives. They felt a deep hatred for his character. They couldn't recognize Nagesh who stood quietly outside to see them off after the show as the guy played they pimp. When they did, they were very upset."

There are plans to show Kukunoor's film to prostitutes all across India.

"We feel 'Lakshmi' is relevant to sex workers' lives far beyond a film. We want to expose the film in all the red-light areas of the country. But first we're trying to get it released in Alankar cinema on Grant Road, so all the sex workers would be able to watch it," added Heptoolah.