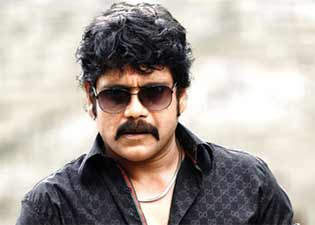 Actor Akkineni Nagarjuna, who recently made his television debut with the Telugu version of "Kaun Banega Crorepati" titled "Meelo Evaru Koteeswarudu" (MEK), is ecstatic with the response to his show and his performance on the tube.

According to Television Audience Measurement (TAM), the Television Viewer Rating (TVR) of the show has registered 10.7 -- the highest so far.

"I may have given them some anxious moments and made them sweat but I love being their best friend and steer them to winning as much money as possible. I am overjoyed that more and more homes are watching MEK," Nagarjuna said in a statement.

"Audience and millions of television viewers are on the edge of their seat that adds to the excitement of this game. Easing the tension of the participants is one of the biggest challenges I find as an anchor," he added.

Bollywood actress Vidya Balan, who is busy promoting her forthcoming film "Bobby Jasoos", recently participated in the show. The episode will be aired Monday.