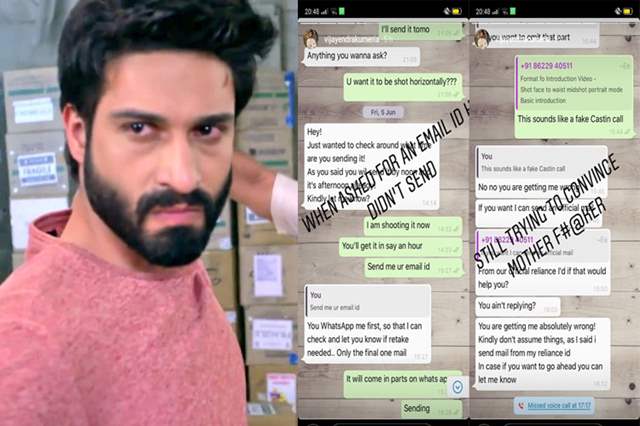 Fake casting calls and casting couches are surprisingly a more prevalent part of the entertainment industry than one can imagine the sheer horror and worry surrounding it when an actor shares experiences and gives the details.

In an interview with SpotboyEm Kumeria opened up on the same where he said, "I got a call a few days back saying, 'We are casting for a web series for Amazon and Reliance is producing it. The main lead is Ranbir Kapoor and the female protagonist is Yami Gautam. We are looking for another guy who will be a parallel lead.'  Now, being a TV actor for the last 8-9 years, I know who all are there in the industry who do casting for TV shows and of course all the production houses. But when it comes to OTT and Films I don't know much about them as I haven't done anything there till now. And the guy who called me was sounding so professional that I didn't even get a thought that it's a fake call. He shared the script with me, then narrated my character properly and asked for a self-test which I obliged. While sharing the video, I asked him to give me his email ID but he insisted I should share it on WhatsApp. In fact, after that he also told me to make a productory video in which I should be bare body just wearing boxers and that's when I felt that something is not right here. A real casting director will never ask you to send such pictures and videos. I immediately told him that I know it's a fake call and please stop calling and messaging me."

Ask him about the reaction of the one who called him and Vijayendra says, "He kept saying no it's not a fake call. You are taking me wrong. If you are not comfortable sharing such a video, then let's avoid. Earlier as well, I have received such calls but I used to make out within two messages but now they have become so professional that you don't understand that it's a trap. They follow a proper norm like any other casting person."

He further opened up on how other actors also called with the same script saying, "Well, I don't want to take names of the actors who received similar calls and for the same script as I don't know if they want to reveal it to the media but almost 5-6 people I know have got calls for the same web series but from different people. One actor received a call from a female. I decided to share this on social media now with you guys so that no actor falls in their trap. Auditions are not happening the way it happens due to pandemic and everything is happening on a call, so many artistes can easily get trapped in this fraud."

When asked about what the intention can be behind such things, he said, "They may do such things to misuse the pictures and videos or just get cheap thrills out of it. They are some perverts who enjoy this. I guess it happens with TV actors more often as we want to work in web series and films but don't have the contacts. So, when you get a call naming some bigger brand, one gets a little excited. But it's disheartening when you learn that somebody was trying to fool you." 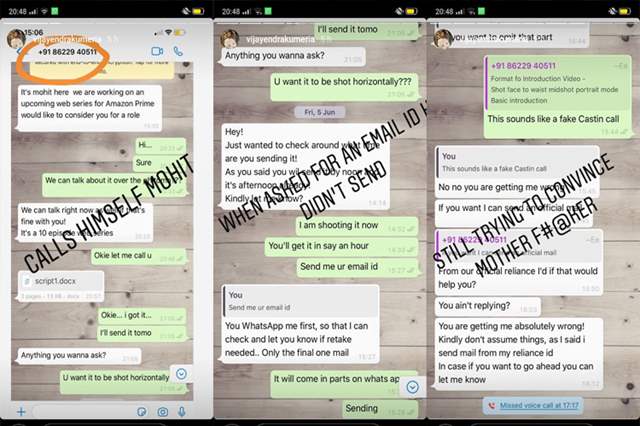