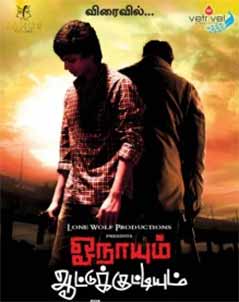 After impressing audiences with Tamil thriller "Onayum Aatukuttiyum", one the finest films of 2013, filmmaker Mysskin is likely to team up with actor R. Sarath Kumar for an action-thriller.

"Mysskin and Sarath Kumar met recently and discussed a script. Sarath also like the script, but he hasn't confirmed (it) yet. But from Mysskin's reaction, it looks like he is likely to go ahead with the project with Sarath. An official announcement is awaited," Mysskin's manager told IANS.

Although Mysskin's last outing didn't mint much moolah at the box office, it was unanimously lauded by critics and audiences alike.

Sarath Kumar, who has worked in films such as "Chennaiyil Oru Naal" and "Gambeeram", is currently awaiting the release of "Kochadaiiyaan" and "Vidiyal".

CBI Team Denied Access to Sushant-Rhea's Place Where They Stayed With ...