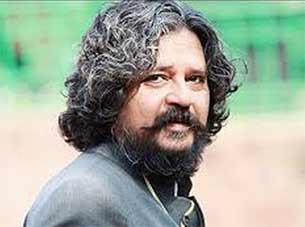 After launching his son Partho as an actor with "Stanley Ka Dabba", filmmaker Amole Gupte has roped him in once again for "Hawaa Hawaai". He says lots of offers came the young actor's way, but as father, he wants Partho to live his childhood to the hilt.

"He has got more than 100 opportunities. He has also won National aAward and got many other awards, but these awards are not important. His childhood is more important than any awards," Amole told reporters during the trailer launch of "Hawaa Hawaai".

"Many people have approached him, but his childhood is much more important, so I saved him," added the concerned father.

Asked why he only directs children-oriented films, he said: "I wanted to make cause-related things which can make a difference. After 'Taare Zameen Par', parents started looking at children differently."

Young Partho says he had lot of fun working with his father.

"We had a blast shooting for this film. We just worked for four to five hours a day. It's fun working with dad. I had a great experience," he said.

Actress Sridevi was present for the launch of the trailer of the film, which features Saqib Saleem in the lead role.