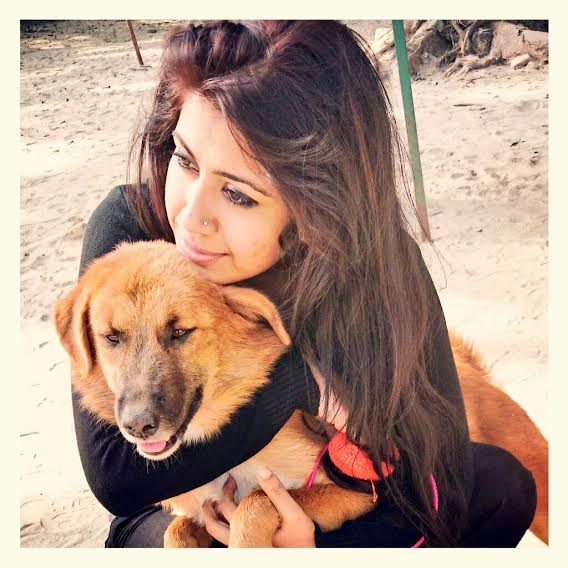 It is said that animals are best friends of human beings and are loyal towards them. Our Telly town actors apart from acting also invest their time in taking care of their pets. One such actress is Ankita Bhargava who was last seen in Ek nayi Pehchaan on Sony TV, equally invests her time in doing some noble cause. Yes, Ankita is associated with an NGO, which looks after stray dogs and takes care of them.

Ankita who is an animal lover, does the needful for these stray dogs. Let's find out more about the NGO and this noble cause from the pretty actress.
Ankita says, "I have two dogs and two kittens who live with me and also I have five stray dogs whom I look after. I am associated with an NGO named as 'Save Our Strays'. Where we take care of stray dogs we make sure to get them vaccinated, look after their treatment etc. We also pass on the message to people that instead of spending money in purchasing pets, get a stray dog treated. I was never fond of kittens but once my mom got a kitten from the streets and later she started living with us and this is how I developed affection towards kittens."
Well, Ankita has given some interesting names to her pets. Revealing the names of the pets she says, "Yes, I have given some interesting names for my pets. My dog who is with me since 16 years is named as Sonu and the other one is named as Kaju. My cats are named as Kittu and Chitty which is inspired from Rajnikant's film Robot. My mom is a fan of Rajnikant so she gave that name to my cat."
Talking about her bonding with her pet Ankita says, "I am the only daughter of my parents so my pets are like siblings to me. I cannot sleep without them. If I don't pay attention towards them they feel bad and I realize that by looking into their eyes. I share a very close bond with them."
Quite a nice thought Ankita!
Phalguni Sharma