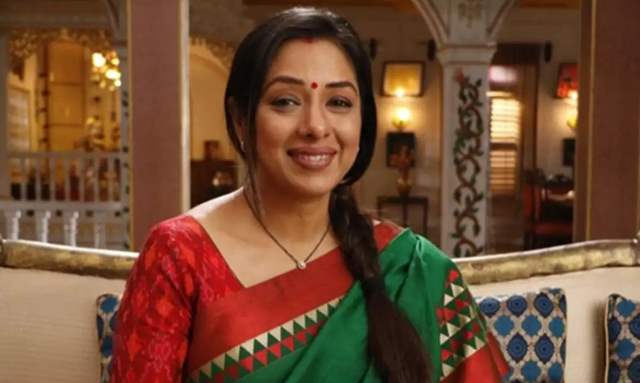 Move over television & OTT, the next big entertainment portal we have right now is social media. With content creators producing videos across all genres, some of the famous dialogues on screen have been recreated by thousands of people.

It's a given that Rupali Ganguly starrer Anupama is undoubtedly the biggest show we have on television now. A dialogue from one of the episodes has even gone viral. In an intense scene, there is a monologue given befittingly by Rupali, 'Main Ghumu, Firu, Nachu, Gao, Hasu, Khelu, Bahar Jao, Akeli Jao, Kisi Aur Ke saath jao, jab jao, jaise bhi jao, Aapko kya?'

LThe Delhi Police posted a video on COVID featuring Anupama in it to raise awareness of the use of masks. Soon after being uploaded on Twitter, the post went viral. To get the word out about the COVID procedure, the department posted trending Anupama footage.

This trend took the internet by storm not even sparing Bollywood, as over hundreds of thousands creators have already recreated & lip-synced this video. Recently the Mumbai Police in an appeal to the civilians to wear a helmet used a clip of the show featuring Rupali for their campaign. But this is not the first time Rupali's dialogues from Anupama went viral, earlier on a few other occasions too, creators Pan India were lip syncing to some of her popular lines from the show. The meme pages have used Anupama's dialogues or reference to send across important messages time & again ever since the show's popularity reached unparalled heights in 2021.

This time around other actresses have also joined the bandwagon & followed the Anupama trend. From seasoned actress Vidya Balan,  Urfi Javed to Janhvi Kapoor, Mahhi Vij, Charu Asopa, Simran Budharup & many more have performed on Anupama's dialogue in the viral video.

Rupali shares, 'I'm quite a social media fan myself & I enjoy making videos during my break time at work, It is my stressbuster & also to spend some good time with my colleagues after we have shot some emotionally draining scenes. My friends shared videos of fellow actors from the industry who recreated the  Anupama video & I was honestly excited & thoroughly enjoyed watching their take. I vividly remember when I'd read the script, I was impressed. It is such a powerful dialogue & empowers women in the truest sense. In the past too, our dialogues have gone viral, that means we have struck a chord with the masses across all ages. Also the fact that when your fellow actors appreciate your work & put this out on their social media, I feel we as an industry have come closer, it is community over competition now.'