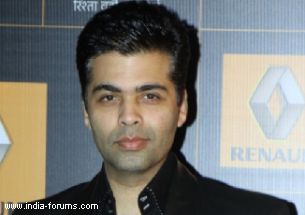 "My father thought I should be an actor...I didn't. Thank you Anurag Kashyap for fulfilling my dad's wish...just wrapped 'Bombay Velvet'!"

In "Bombay Velvet", which also stars Ranbir Kapoor and Anushka Sharma, Karan plays a villain. The movie, co-produced by Fox Star Studios and Phantom Films, will see Karan in the role of a rich businessman who plays a crucial role in the life of Ranbir's on-screen character.

In the past, Karan has made fleeting appearances in films like "Dilwale Dulhania Le Jayenge", "Fashion" and "Luck By Chance".