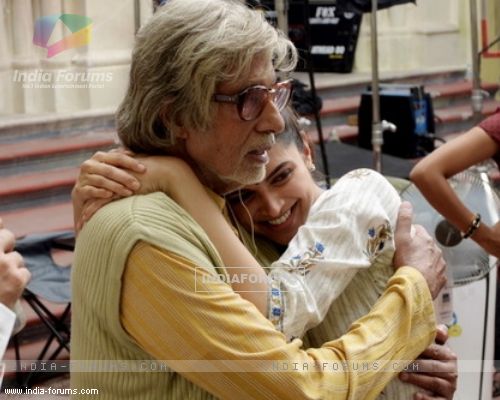 Actress Deepika Padukone, who will be seen sharing the screen space with megastar Amitabh Bachchan in "Piku" says their chemistry in the film is "very organic".

"In the years I have known Amitji outside work, our chemistry came to us very naturally. I remember him mentioning that I remind him of his daughter and he is also very protective about me. Our chemistry in the film is very organic," Deepika told reporters during the film's trailer launch.

Directed by Shoojit Sircar and written by Juhi Chaturvedi, "Piku" features Amitabh, Deepika and Irrfan Khan in lead and is slated for May 8 release.

However, the film also saw a very unusual promotion where parents were invited for the trailer launch and according to reports it was Deepika's idea.

"Somewhere we have all contributed in whatever way possible. The film itself is a very personal journey of Piku and Baba. Its more than the story... it's about the characters. Even in terms of our communication, we have kept it as intimate and as personal as possible. We hope all of you liked the idea," she said.

"It was a great experience for me and if any actor wants to be an actor, they have to observe Big B and that's compulsory. He follows the director's vision obediently and is always playful. We all were emotional towards the end of the shoot of this film," he said.