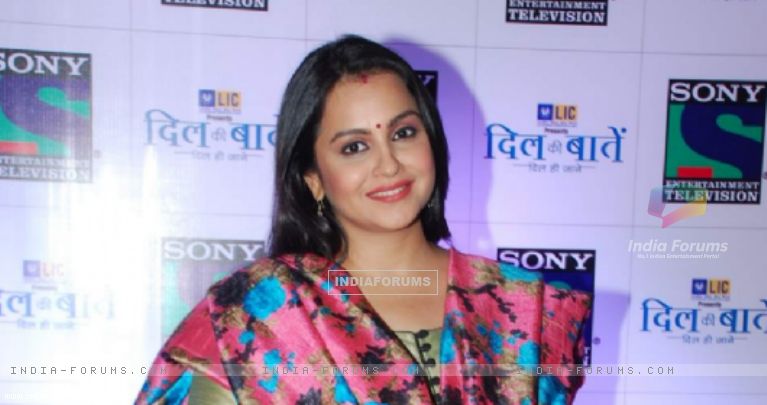 After essaying a rough and tough role of a terrorist in Diya Aur Baati Hum, the actress has again opted for playing a very challenging role in Dil Ki Baatein. Gurdeep who always focused on doing something different, is happy and satisfied with her character in this show.

We quizzed Gurdeep to know more about her character, the story and much more...

Talking about the story, Gurdeep shares, "It's a very hard hitting story. While Anandita has a slice of heaven in her hand, she wants to take it up and wants to leave everybody and go. Her heaven is also her family so it's very difficult decision that she is making. It's very difficult but it's very different, emotional and deep. It's not about a saas bahu saga; it's about a lady and her journey and how she is accepting death apart from having such a great family. It's a lovely role and very different from what I would not like."

When asked Gurdeep whether she can relate herself to her character, she said, "I find myself very similar to my character because I love life and I have a great family. I love my kids and my husband. If I think that if a person is going through such a problem and has less time then, in that case I think I will become depressed. It's very tough for Anandita who is going to die soon while she is very young."

So, what has been the factor that has worked for Gurdeep for taking up the show? She said, "I have been doing television for long but it's hard to find a good story and good makers. This has what made me opt for the show."

We also asked Gurdeep about the challenges she is facing while essaying the role of Anandita and she told us, "The challenge is going to begin now. There will be hospital scenes and there will so many Urdu dialogues that while reading we get goose bumps and feel like crying. I have to say all that with a smile on my face. So, Anandita's character will have a smile pasted on her face. She has accepted death and she is seeing that she is close to death."

Gurdeep is undergoing through a very beautiful phase of her life as she is pregnant. Talking about the same, she shares, "I never thought that I would be working during the time of my pregnancy as we all want to get pampered and take care of ourselves but the story is so good that I thought that this would really change the face of television."

All the best Gurdeep!

+ 2
9 years ago great! can't wait for it im happpy...waiting for music release not the film

9 years ago clearly, there are not enough struggling singers in India with the required caliber (that was sarcasm!)