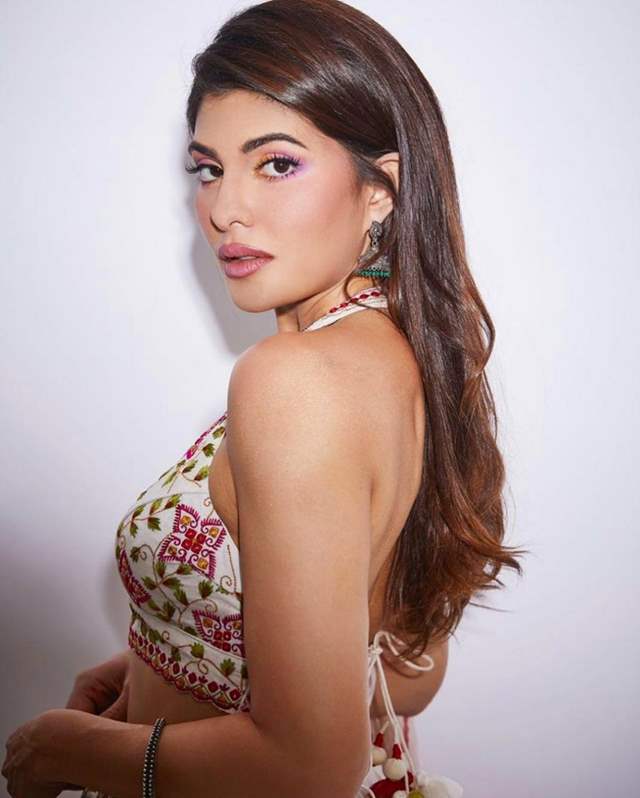 Touted as the sunshine actress of Bollywood, Jacqueline Fernandez has been on a 'working spree' since the unlock phase has begun, and has 3 big-banner movies in her kitty - 'Kick 2', 'Cirkus' and 'Bhoot Police'.

The actress flew to Dharamshala to shooting for 'Bhoot Police', and will be in the mountains during Diwali as well. With a jam-packed schedule ahead of her, from jumping from one set to another, the actress will also be moving from one character to another.

When asked about her character in 'Bhoot Police', in a recent interview with Mumbai Mirror, Jacqueline revealed, "she is super sexy and glam". Since the movie is in early days of shoot, the actress couldn't reveal much about her character, but she promises the audience that it is something very different from what she has been doing before.

Speaking about her co-stars from 'Bhoot Police', Jacqueline further shares,

Saif and I have worked together earlier in Race 2; we are not just co-stars, but friends. But even, Arjun and Yami, with whom I am collaborating for the first time, are super fun.

Jacqueline will be on a 'Hop-skip-jump' mode with a strong trajectory of projects in her basket. She will be seen playing 3 versatile characters, in a very short span of time, which will surely be a treat to watch.

The actress will be in the hills for almost a month, then will return to the set of Rohit Shetty's Cirkus, alongside Ranveer Singh in the city. The audience is eagerly waiting to witness Jacqueline's charm on-screen again.

Apart from these films, Jacqueline's podcast 'Feels Good Podcasts' in collaboration with Amanda Cerny, which is filled with positivity and good vibes has been a huge saviour for the audience during the times of the Pandemic. She also has partnered with 'Action Against Hunger Foundation' to curb malnutrition in the rural areas of the country.

"At times we have a heavy shooting day. I had to speak almost 4 ...