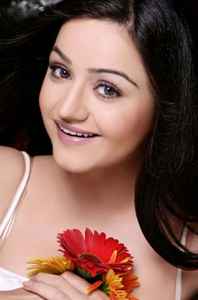 The latest news doing the rounds is that Muskaan Mihani, who was last seen playing the main lead in SAB TV's 'Ring Wrong Ring' has been finalized to play a role in the show.

According to our source, "Muskaan will play an important character in the show. Apart from Muskaan, Vrajesh Hirjee and Sooraj Thapar are also part of the show."

We contacted Muskaan but she refused to comment on the same.

Budtameez 8 years ago What is Bhai Bhaiya aur Brother' all about?

Muskaan Mihani aka Dr.Sapna Joshi left Dill Mill Gayye because she was promised the main female lead in 'Dahhej' but it did not work out that way!.

Muskaan Mihani has been in the wilderness of late, so lets hope this show works out OK for her.

Premeer_Mayur 8 years ago She was awesome as Sapna in DMG.
Miss that show and its whole cast as well.
Best of luck for the new show.

..Sana... 8 years ago When Dill Mill Gayye comes back the worlds best show be in it...You and dr.shubhanker were good 2gether but kirti came between u...missing DMG!!U were the sybol of kash as -supernatural- said..:)

Ishita131 8 years ago I miss her so much!!
And the good old Dmg days. With the original cast and the awesome storyline !!!

Hopefully her show will be awesome and she will be even more famous !!

its about time she came back but this show doesn't sound all that great :S

i had just started wondering where u were

WexQuasExort 8 years ago u r one of the symbols of KaSh Times!
So Love U!!
Best Of Luck!

nehnehneji 8 years ago Rocked as Dr Sapna!All the best with your new show!!!! :D

Sanjay Gagnani tests negatieve for COVID 19, to resume ...
28 minutes ago

Gurmeet Choudhary and Debina Bonnerjee test positive for ...
40 minutes ago