Rakeysh Omprakash Mehra's directorial project Mirzya marks the debut of yet another Kapoor, Harshvardhan Kapoor. After his last venture Bhaag Milkha Bhaag (2013), Mehra is back with an action-romance set in contemporary times. The movie also stars Saiyami Kher, who was previously seen in Rey (2015) and an Indian wrestler, Anuj Chaudhary, whose previous outing was Straight (2009). Inspired by the folk tale of Mirza and Sahiba, the plot revolves around an archer, his childhood sweetheart and their tragic love story. The concept is redundant, but the fresh faces and Mehra's expertise in this movie has surely got many us curious and waiting.
Featured Video 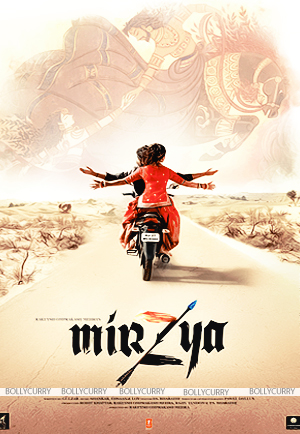 The music is penned by Gulzar, who is back to work with the talented trio Shankar-Ehsaan-Loy. The last venture of the musical musketeers was Ghayal Once Again (2016), which was not too memorable. It is great to see Gulzar working with the trio again, as they always end up mesmerizing the listeners with their music, which we hope is the case this time as well.
The album begins with the title track "Mirzya". Sung by Daler Mehndi, Sain Zahoor, Akhtar Channal and the Nooran Sisters, this song didn't take long to capture our hearts. The beats are catchy and the traditional pungi played in the background by Naveen adds a contemporary touch to the flow of the beautiful lyrics by Gulzar. The track was showered with many praises from all over Bollywood and is surely the highlight of this album.
The album then moves on to "Teen Gawah Hain Ishq Ke", which is a light romantic number. The vocalists are Siddharth Mahadevan and Sain Zahoor, whose singing definitely adds a pleasant touch to the music number. Loy Mendonsa's bass makes the song apt for the current times, while the contemporary touch prevails in some moments of the song. The fusion of both kinds of music is seamless and successful in creating a song that can be added to our blissful love song collection.
Next up is the song "Chakora", a dance number sung by Mame Khan, Shuchismita Das and Akhtar Channal. The song begins with a great beat and gradually picks up pace. With apt music weaved into the soulful lyrics, it seems to proclaim of the dawn of a festive season. The song maintains its energy level throughout the track and falls in place with the theme of the movie.
The next song of the album is "Aave Re Hichki" which is a slow number compared to the previous tracks. As Mame Khan and Shankar Mahadevan sing the poetic lyrics, we are drawn into a soothing mood of a simple life. The guitar played by Neil Mukherjee, the bass by Loy Mendonsa along with the dholak and sarangi by Mame Khan Troupe enhance the mood of the song. This is a song that could relieve stress with its slow beats and fitting music.
The album has yet another fast number in "Hota Hai". Voiced by the Nooran Sisters, Sain Zahoor, Akhtar Channal and Daler Mehndi, this song is again a mix of modern musical beats with moments inspired by folk culture. While some parts of the song are enjoyable, there is detachment between the verses at times and the chorus by the Salvation Singers creates a slight tensed mood. This is, perhaps, the weakest track of the album.
After a series of heartfelt and fast songs the album gives us "Ek Nadi Thi". This one sets a simple, relaxing atmosphere, which may put once in a trance. The Nooran Sisters and K. Mohan lend their phenomenal voices for the song. Simple yet poetic lyrics are enhanced by equally simple music, making it worthy of a Sunday morning music playlist. This song has very little background music and relies more on the lyrics, which are commendably penned by Gulzar.
The next song of the album is "Doli Re Doli". Sung by the much talented Shankar Mahadevan and Mame Khan, the intro of the song has a strong classical touch paired with high energy. However, it meanders on a slower pace as the verses begin. This song is supported by music from various instruments like the upright bass by Abhinav Khokhar, melodica by Shankar Mahadevan, trumpet by Victor Garcia and drumset by Kalyan Pathak.
The vocal tracks of the album are concluded with "Kaaga" ,sung in the sweet voice of Kaushiki Chakraborty. This song sets a tone of misery and anxiousness. The lyrics add to the solemn mood already created by the orchestra, and truly take the song forward. With the classical verses in between, the song manages to strike a chord.
The final track of the album is the theme music titled "Broken Arrows". The title is apt to the music, which sets a rather heart touching and emotional ambience. The violin followed by the flute creates the musical illusion of being played by a broken heart. It does justice to the concept of an epic love story of a folk legend.
The director's previous venture, the teaser and the trailer set a rather high bar and this album has lived up to most of it. With the concept of a warrior's love story, this movie will surely capture many hearts. An action packed love story is an appealing combination, which many are waiting to watch. With that, we wish Mehra and his team all the best for the movie which is scheduled to be released on 7th of October this year. Being a mixed bag of moods and paces, we at Bollycurry rate this album 4 out of 5.
BollyCurry urges you to tune into YouTube or your favorite music streaming website to give the soundtrack an ear. Comment below and let us know what you think of the album, and how excited you are for the release of the movie!
Author: Lekha. V.
Editors: Pooja B. and Gunia K.
Graphics: Nadia N.
Have a suggestion or comment for BollyCurry? Drop us a PM at BC_Dropbox today! 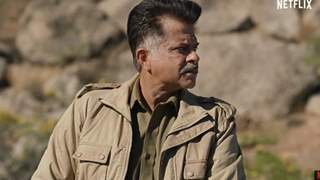 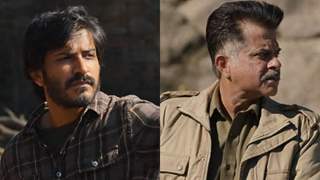