The latest we have on the music scene is an album that is being talked about by all music gurus - Besharam. A romantic comedy, the movie consists of a stellar cast including Ranbir Kapoor, Rishi Kapoor, Neetu Singh, Javed Jaffrey and newcomer, Pallavi Sharda. The music has been composed by the veteran musician Lalit Pandit, who has been accompanied by Ishq Bector on a few songs. Releasing on 2nd October, 2013, the album has a total of 13 soundtracks, remixes included. Let's take a quick ride through these songs.
The album opens with the title track composed by Lalit and the vocals lent by Ishq Bector and Shree D. The song is a 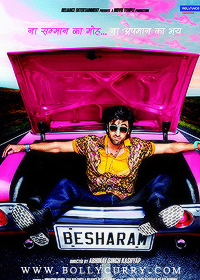 Featured Video
catchy techno mix, accompanied by lyrics that keep one's mind boggled. The rap by Ishq Bector compliments the song well, as does the leg-breaking beats embedded in the music. It definitely holds grip on the audience and is one to look forward in the movie.
Next on the list is "Tere Mohalle" sung by the 'Munni' fame, Mamta Sharma and Aishwarya Nigam. The song is laced with beats almost similar to "Munni Badnaam", probably in attempt to garner the same success. However, the track contains a combination of a typical desi atmosphere as well.
"Love Ki Ghanti" has the trio of Sujeet Shetty, Ranbir Kapoor and Amitosh Nagpal as the singers. There is the use of the Italian Bella Ciao as the foundation of the song, where as the story narrated through the quirky lyrics seems to please the audience. Having the protagonist, Ranbir Kapoor, on the mike is enough to draw one towards this song.
The next song is "Dil Ka Jo Haal Hai", where the gifted singer Shreya Ghoshal is paired with the talented Abhijeet Bhattacharya. The track has the typical Lalit touch as it takes us back to the retro times. It also contains pleasant melody along with a diverse arrangement of the cymbals and the drums. A wonderful composition indeed.
"Chal Hand Uthake Nachche" is a loud song by Daler Mehndi, Mika Singh and Sunidhi Chauhan, whose voices justify the song aptly. This is one song to move your legs to and shake your body with full vigor, as the lyrics rightly suggest. You just cannot miss this song under any cost!
The romantic quotient is filled with the song "Tu Hai", played in the magical voices of Sonu Niigam and Shreya Ghoshal. The soft piano arrangement along with the lyrics swimming in sweetness, all which in favor of the song. It has been a while since Nigam and Goshal have been paired together, and need we say how magical their melodies have always been?
"Aa Re Aa Re" is the item track that completes the rom-com album. Set up in a fast rhythm, the song has bizarre lyrics which sound very appealing when sung by Mika Singh and Shreya Ghoshal.
The album also contains remixes of all the songs except "Chal Hand Uthake Nachche", and "Tu Hai" has an unplugged version. Overall, Besharam is a mixture of genres in the musical arena and the success of the songs can only be measured when the videos of the songs release.
Until then, BollyCurry leaves you free to tune in to these tracks and we await you to pen down your personal reactions to each song. Alvida!
Writer: Pooja B.
Editors: Sonia R. & Jenifer Y.
Graphics: Amna M. 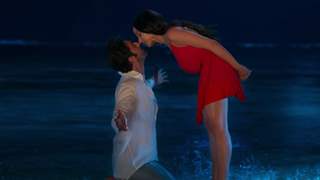 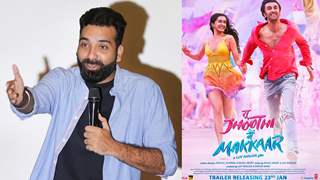 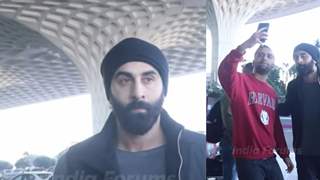 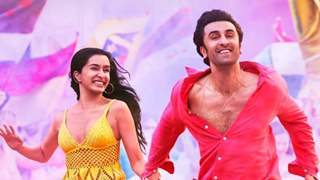 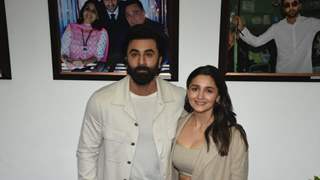