Coming to your theatres this month is Yash Raj Films' latest venture, Befikre. With Ranveer Singh and Vaani Kapoor in the lead roles, the movie is a romantic drama set in elegant Paris. For reasons like Aditya Chopra making a directorial comeback after his last stint with Rab Ne Bana Di Jodi in 2008 and Kapoor coming to our screens after 3 years of absence, this movie has become one of the highly anticipated movies of the year. It has also been written and produced by Chopra.
Featured Video 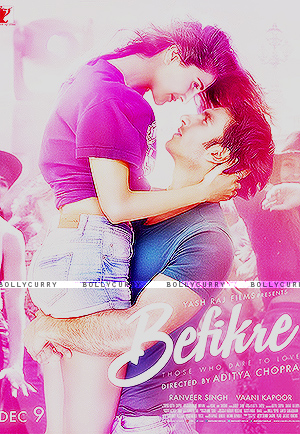 The songs of Befikre are composed by Vishal-Shekhar, with lyrics penned by Jaideep Sahni. With the music composing duo delivering great soundtracks throughout the year in the form of Sultan and Fan, the bar has been set quite high for their latest outing. The album has seven tracks, and we at BollyCurry, are delighted to let you know what we think of it.
The album opens with "Nashe Si Chadh Gayi", sung by Arijit Singh, with Caralisa Monterio giving the background vocals. The song is already a hit amongst the masses and is on the top of every chartbuster list. This party number has quite catchy lyrics and foot tapping music. Singh lends a very casual vibe to the song making it different from his usual love ballads. This song is definitely the star of this album.
The second song in the album is "Ude Dil Befikre". Benny Dayal brings his energetic voice to the table, whilst Vishal-Shekhar add some Middle Eastern influence to their usual upbeat music. The end result is something that BollyCurry appreciates. With lyrics that makes you want to become a little careless yourself, this song is surely another addition to the favourites list.
After two energetic songs, we gratefully welcome a love ballad, "Je T'aime". Soft music, beautiful lyrics and the seamless blend of French and Hindi are the highlights of this song. The song is sung by Vishal Dadlani and Sunidhi Chauhan. Both singers croon the song in a very soothing manner and leave us swaying even after the song ends. This song is made for evergreen love songs playlist.
Next on the playlist is a peppy playful number, "You and Me". The track is sung by Rachel Varghese and Nikhil Dsouza. The song might not be as good as the aforementioned three, but it is not that bad either. The lyrics is the only thing that keeps the song from being tagged below average. A fun number to listen with enjoyable lyrics and pleasant vocals, the song is a good listen.
"Labon Ka Karobar", the next song in line, is sung by Papon. The song is about kisses and Papon, usually known for classical songs, manages to deliver this song bang on. The lyrics are poetic and the music is playful and easy on the ears. In short, this is just another lovable song from this movie.
Second to last song in the album is "Khulke Dhulke". A desi song with lyrics penned in Punjabi, and music that sounds right up the Bhangra dance alley, it tries quite hard to leave a mark on you. But compared to the other desi songs with Punjabi lyrics, this song is not that remarkable. Even in comparison with the songs from this album, this one is lags behind. The song is sung by Gippy Grewal and Harshdeep Kaur.
The final soundtrack of the album is an instrumental based on all songs in the film called "Love is a Dare". The music transitions smoothly from one song to another and is the perfect finish to this lovely album!
Overall Befikre's album is a treat for music lovers. The songs are quite enjoyable with more than half of them easily making into our playlists. After listening to it, BollyCurry's music maestros are only marginally satisfied with Vishal-Shekhar, as not all songs are instant hits for us. Hence we give 4 out of 5 stars to this album and hope that in future, the music composer duo lives up to our expectations and continue making chartbusting songs!
Befikre is releasing on the 9th of December at your nearest theatres! If you are a fan of Yash Raj Films, or Ranveer Singh, or even just a hopeless romantic who appreciates love stories, you ought to be booking your seats right now! And while you book your seats, do listen to the soundtrack of Befikre and let us know what you think in the comment section below!
Writer: Kalpana K.C.
Editors: Pooja B. and Mohini N.
Graphics: Rifah K.
Have a suggestion or comment for BollyCurry? Drop us a PM at BC_Dropbox Today! 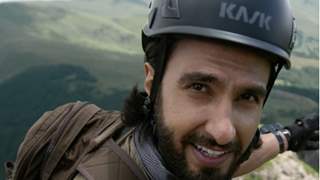 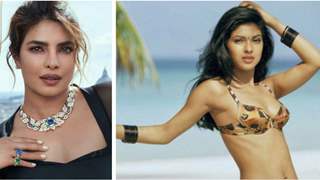 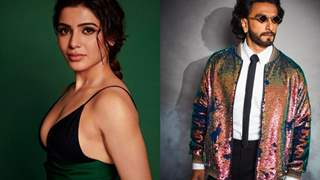