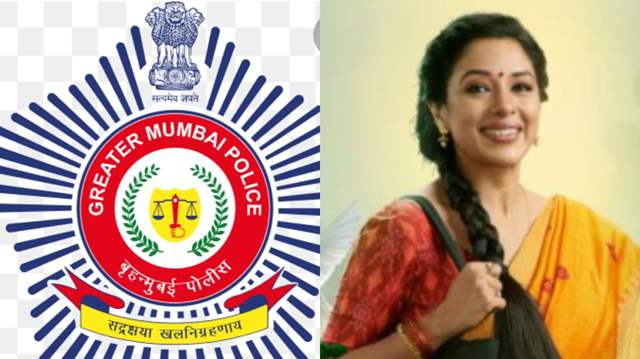 Star Plus show ‘Anupamaa’ is a rage. Several dialogues used in the show has become quite popular on social media. Recently, the ‘Aapko Kya’ dialogue from the show has been loved by the viewers and many viewers have been making reels on the same.

And now, Mumbai Police has used the reference from the show to promote road safety. Mumbai Police’s social media game has been on point and they have been winning hearts for quite some time. People love how quirky and witty the social media page of Mumbai Police has become. They often use popular trending topics to school the citizens of India on various important topics.

In a recent post, Mumbai Police’s social media page used a reference picture from the show ‘Anupamaa’ to promote road safety. In the picture, Vanraj is seen holding hands and pleading Anupamaa. The sequence was shot in Silvasa during Anupamaa and Vanraj’s divorce track. Below the picture, the caption read: When your family member plans on going out without a helmet.

The post has been quite well-received and the followers have applauded the smart way of Mumbai Police of promoting road safety.

Talking about ‘Anupamaa’, in the upcoming episodes of the show will revolve around Anupamaa’s struggle after getting Anuj at Kapadiya mansion. She will have to face Barkha and her malicious intentions of acquiring the business and property.