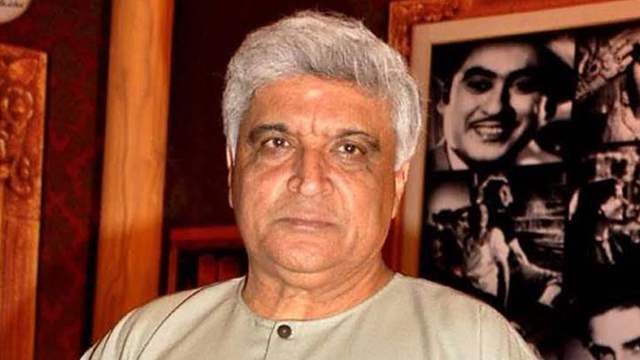 Well-known writer and lyricist of the Hindi film industry, Javed Akhtar is once again in the news due to his outspokenness and is embroiled in a legal dispute.

Mumbai Police has registered a case of non-cognizable offense against Javed.

The lyricist has been accused of comparing the Rashtriya Swayamsevak Sangh (RSS) with the terrorist organization Taliban.

According to PTI, on the complaint of Advocate Santosh Dubey, an FIR has been registered at Mulund police station on Monday.

A police station official said that a case has been registered against Javed under Section 500 (punishment for defamation) of the Indian Penal Code.

Last month, the lawyer had sent a legal notice to Javed Akhtar, asking him to apologize for his false and defamatory remarks against the RSS in a TV interview.

In this notice, Dubey had claimed that an offense under sections 499 (defamation) and 500 (punishment for defamation) of the IPC has been committed by making such a statement.

Advocate Dubey said that I had sent a legal notice to Javed Akhtar and asked him to apologize, but he did not do so.

And hence a report has been filed on his complaint.

Let us tell you, according to the allegations, Javed Akhtar had said in an interview- just as the Taliban wants to make Afghanistan an Islamic nation, the RSS is also working to make India a Hindu nation.

Earlier in the same case, RSS worker Vivek Champanerkar had filed a case against Javed Akhtar.

Vivek Champanerkar had filed this case in Thane Court of Mumbai, after which the court sent notice to the author.

Along with this, he was asked to appear in the court on the next hearing i.e. on November 12.

On a related note, Javed Akhtar is also in a legal battle against Kangana Ranaut as he registered a defamation case against the actress.