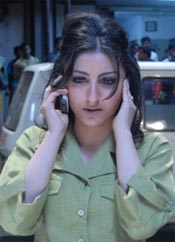 Mumbai Meri Jaan, a movie, which touches the lives of an assorted array of cosmopolitan citizens, in a way never witnessed before. Very rare in bollywood we get to see a social theme based film along with some entertainment. Having social theme as the basics of the movie, it helps people to connect to the movie immediately and convincingly. Most important it connects to the audience, rouses emotions and is technically flawless.

The movie is about the suffering of five individuals, in their lives. Kay Kay Menon aka Suresh, a Hindu extremist and has a pessimistic outlook towards the minority community. R Madhavan aka Nikhil, a current-day corporate guy, who is highly patriotic and opposes use of plastic bags and endorses public transport. Soha Ali Khan aka Rupali, quite a popular television journalist, who thinks freedom of expression, is in sensationalizing a new to sell it. Paresh Rawal aka Tukaram Patil who is an elder constable at the verge of retirement and is paired with a patrolling partner Sunil Kadam (Vijay Maurya) his young blood wants to revolt against the going on social inequality and corruption. Irrfan Khan aka Thomas, is a wandering coffee salesperson who doesn't gain a sense of recognition in the class-driven society and has his own strange and weird ways of taking revenge from the aristocrats. 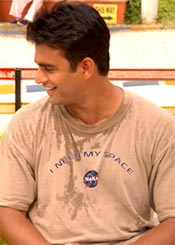 The story goes on individually, till the 7/11 train bombings in Mumbia, only Rupali is the one who faces a personal loss, but for others the blast influenced their consciousness. Suresh starts to distrust Muslims more and Nikhil develops a phobia for trains.

No soundtracks, comedy tracks or romance angles are present in the social theme based movie. Though there is unprompted humor, the way Irrfan Khan is glamorized in the second half is imaginatively hilarious and thankfully Paresh Rawal doesn’t repeat his humor. His climax scene’s speech about all the protagonists brings a chunk in throat. Soha Ali Khan is marvelous in the scene where she breaks down in the hospital. Vijay Maurya is remarkably excellent as the optimistic junior constable and Madhavan is at his natural best.

The movie though is based on social theme; it does not intend to preach. It is more like a documentary approach by portraying the hostility of individual trauma created in the lives of common individuals.

'Ishq Mein Marjawan 2' Actor Muohit Joshi To Debut as a ...
24 minutes ago

Fukrey 3 Team Kick-starts their Work ahead of Shooting; ...
51 minutes ago