You are here :
OVERVIEW ABOUT
1
NEWS
2
VIDEOS DISCUSSION FANCLUB 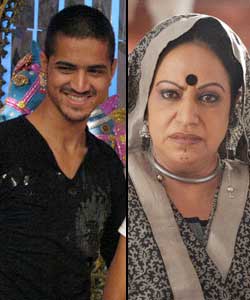 Haunted Nights on Sahara One will soon witness a breathtaking and refreshing episode with a huge star cast in the show.

Our source informs us that, "The name of the episode is Kangan and the cast includes veteran actress Mamta Luthra who will essay the role of Gayatri Raichand and Kuldeep Dubey as her son, Shankar. Also seen will be Jyoti Gauba as Padmini (Shankar's wife and Gayatri's Raichand's daughter-in-law), Ankur Malhotra as Shankar's son and Neetu Pandey as Kkusum( Gayatri's daughter)."

"Apart from these the other actors include, Mamta Singh as Sancheeta who is Kkusum's daughter and Abhay Raichand as Prithvi who is in love with Sancheeta. Also seen will be Bhakti Narula as Savitra who is part of the family."

"The story of Kangan will be based on a spirit who will strangle the entire family. The spirit will catch hold of Sancheeta and the drama will continue."

When contacted the actors remained unavailable for any comment.

Will the star cast manage to scare the audience in this particular episode? 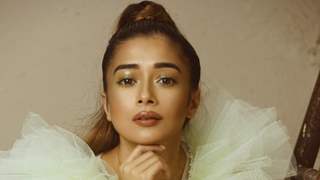 Tina Datta says Bigg Boss has given her sleepless nights

+ 3
9 years ago thank u for the article.. tellybuzz ...loving the show bcoz of Vrinda dawda

9 years ago Thank u for hunted nights articcal.
Luv u vrinda aka vishaka.
Want more articles on vrinda.