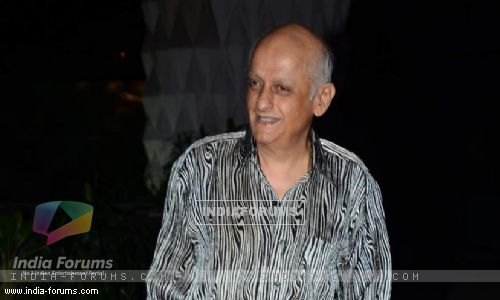 Film and TV Producers Guild of India President Mukesh Bhatt says that rather than focussing on Indian cinema's 50-plus stars, the need is to create a new breed of talent and promote it.

He asserts that the film industry is not creating future wealth.

"We have got the biggest stars today... they are 50 plus and singing romantic songs. We have to bring young stars. We need to create young talent and promote it," Bhatt said here Wednesday at the Ficci Frames 2015 conclave.

"We need to create future wealth but we are not creating that," he added.

Although he is not against the star system that rakes in the moolah at the Bollywood box office, he is all for new talent.

"We have stars and it is very good. They give us Rs.200 crore, Rs.300 crore and more... but we need to have a second line. A new breed of actors should come up," said Bhatt, known to promote young and new talent through his banner Vishesh Films.

Aishwarya Sharma shared a loved up photo with Neil Bhatt from the sets ...