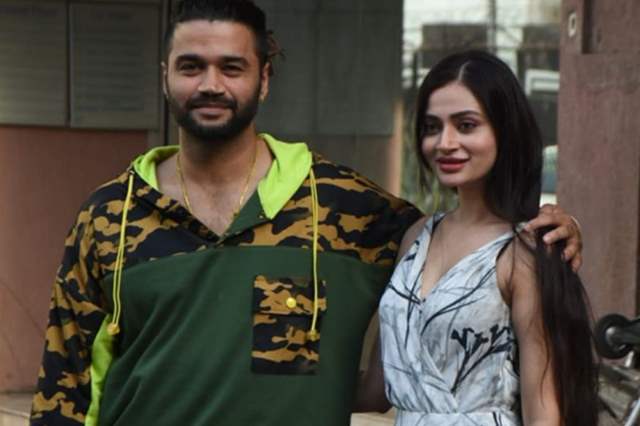 In a conversation, they spoke to us, about their equation outside the Mujhse Shaadi Karoge house, their journey and much more.

Heena was seen telling Shehnaz in one of the episodes that both Balraj and Ankita are ready for marriage. What's your say on this?

Ankita: We are ready for marriage. We didn’t say it like that but yes we are prepared.

Balraj: God knows what she saw that she felt like we both are ready for marriage. Every person in their life wants to get married, complete their responsibility or get settled in their career.

First of all, I went on the show for Paras but I also told the production house and took clarity from the channel that if I am going inside and If I didn’t like Paras but someone else then what will I do? I won’t be able to do it. So I kept that thing in mind.

I found him nice many times but he has a lot of mood swings and he is a very confused person. He doesn’t understand what he is doing and he keeps flipping, so I lost my interest in him and because of that somewhere even, his ego was hurt.

So he started making strategies.

It’s a reality show and I have tried to just stay real and I cannot be artificial. It doesn’t matter what people think about me, the important thing is what I think about myself.

I am like this only and I like myself. My parents and my friends like me, they don’t have any complaints, if other people have complaints then I can’t do anything.

Honestly, on the first day, I took a white flower for Shehnaz because I felt like we both don’t know each other so peace is the most important thing. In the personal meeting, I told her everything else later but first, let’s stay at peace.

I entertain people, make them laugh and even she had entertained people in Bigg Boss so it was a common connection. I am the person who believes in maintaining dignity and more than winning I believe in understanding people.

Shehnaz was also very honest, she didn’t give anyone false hopes in the house and there was a clarity of thought. We used to maintain proper distance with each other.