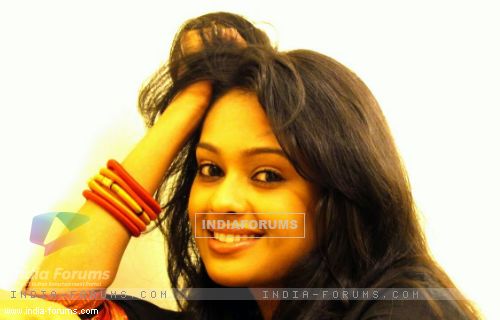 Pretty and popular actress Mugdha Chaphekar who is all set to be seen as Arushi in 24 Frames' upcoming show Satrangi Sasural on Zee TV is quite excited about her show and enjoying shooting for the same.

Sharing her excitement about this co-incidence, Mugdha told us, "I didn't even know about it and I have come to know about it recently through some of my fans from India Forums that they celebrate December 3 as Sanyogita day because Sangyogita's entry happened that day. It's a co-incidence that Arushi's entry will be happening the same day after so many years. Normally it doesn't happen and I think it's a very nice co-incidence. Prithviraj Chauhan has been a very good and a big show of my career and my viewers and I have a lot of expectations from Satrangi Sasural and it's a positive start. I am really looking forward to it."

Well we hope this co-incidence will bring more luck for Mugdha as Arushi just like it did for Sanyogita!

+ 2
6 years ago sanyogita role was beautiful even it had lots of crying it had different shades and naughtyness & seriousness too. but except shera in dharamveer and hallabol i din't liked her other shows. she was cute dumb or rotalu. and what happened that she was not ready for saas bahu show now this is not saas bahu show? i agree with you larki_punjaban

i read info about this show on zee site and found it more dramatic than marathi show on which it is based. Hope you will get some different role and you will come out of this image. best luck.

+ 2
6 years ago after dharam veer she has signed so many boring and dumb type characaters like arti in sajanr re jhootmat bolo n mere ghar ai ek nanhi pari being the rondhu girl in the show after she gets married...


i hope as arushi she will do better this time. otherwise shera k age aur kuch b nahin raha!

guys muggu fans! im still her fan but something i dont like abt the characters given to her in the previous 2 - 3 serials.

+ 4
6 years ago I miss Rajat Tokas and Mugdha Chaphekar 2gether. They were the best jodi ever. Bt they will work 2gether again. Am sure about that. Waiting 2 watch the most beautiful princess transform into an independent and hard-working girl wid the will power 2 handle seven Mothers-in-law..

Sanyogita Was An Epic Character, Prithviraj Chauhan Is The Best Historical Show I Have Ever Seen And Rajat-Mugdha Is An Evergreen Couple, These Three This Very Special To Us And It Will Always Remain The Same, Nothing Can Take It Place,

But Arushi Has Already Started Making Her Own Place, We Are Already Loving Her :-)

6 years ago thanks for the info and now waiting for 3dec and All the Best to our lovely Mugdha ..i wish Satrangi sasural will be also a huge hit for her like PRC.

+ 3
6 years ago awww how sweet! :D all the best Mugdha Chaphekar :) love u loads :D waiting for Satrangi Sasural

6 years ago How can we forget DEC 3rd?? The day when Mugdha di entered our lives as sanyogita and made a place in our hearts and is still ruling it after so many years! I guess its a superb coincidence that aarushi too will be entering our lives on the same day! And I am pretty sure that she too will be ruling our hearts for many more years to come!
Prithviraj Chauhan is the best historical show!
Rajat Mugdha rocks!!