Speaking at the announcement here Tuesday, General Manager and Senior Vice President (Creative and Content) of MTV Ashish Patil commented tongue-fully-in-cheek: 'MTV has always been known for its lack of good taste and twisted sense of humour. Here are three disastrous films that will prove it beyond any reasonable doubt'.

'The films have all the ingredients of a typical 'masala' movie in MTV style. We have shot them in HD format, the technology which is normally used for other main stream commercial films,' Patil told IANS.

The one-hour-long films will be telecast on three consecutive Saturdays at 7 p.m. starting Sep 20. 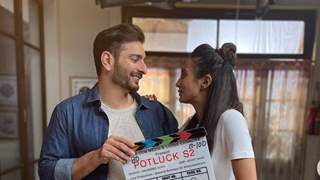 The shoot of 'Potluck' Season 2 begins; Siddhant Karnick posts about ...