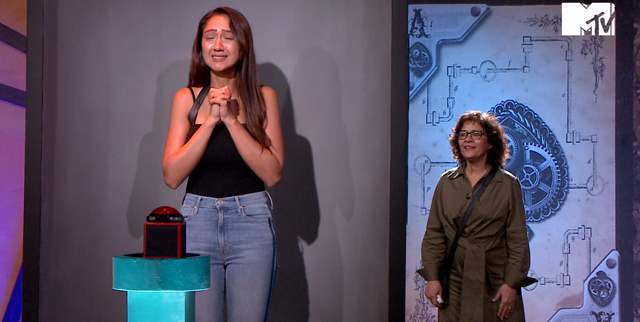 Surprises are fun and MTV Ace of Space 2 surely has loads of them. Mastermind Vikas Gupta is often throwing curveballs for the contestants, leaving them surprised and shocked. This time, it was not a test of the physical and mental challenge, but a test of emotions for the houseguests!

The contestants were asked to be placed in capsules with buzzers in front of them. If they were distracted by the situation, they had to press the buzzer. Sounds easy right? Well, by now, we’re all aware that appearances are deceptive in the Mastermind’s house! The subject of distraction for the house guests were their near and dear ones, families of the houseguests. Emotions poured in the house, where on one hand, Baseer was teary-eyed at the sight of his mother, on the other, Krissann broke down on hearing her mother’s voice. And this overwhelming moment is something to watch out for!