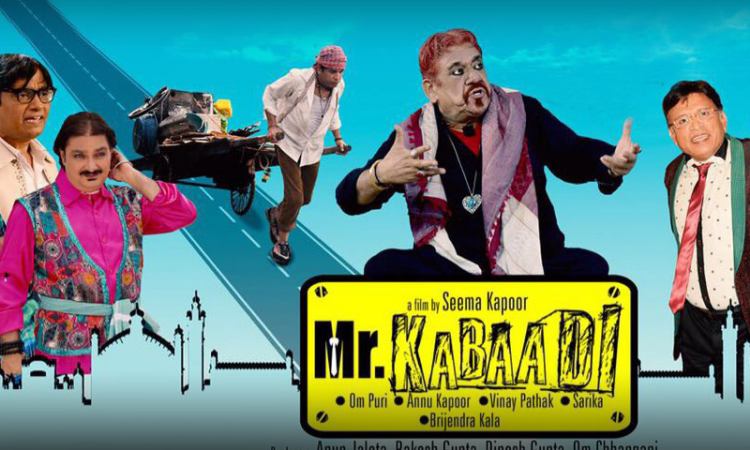 Kallu Kabaadi (Annu Kapoor), a scrap dealer in Lucknow, is married to Chando (Sarika), a rag-picker, and has two children: A son, Chaman, and daughter, Meethi. After inheriting wealth and becoming a rich man overnight, he is desperate to change his image in keeping with his new-found status. How he goes about this, forms the crux of this two-hour film.

Touted as a satirical comedy, the film reeks of trite and forced humour, swathed in crass and poorly-executed scenes, reminiscent of the 1980s.

Writer-director Seema Kapoor unleashes a set of characters on screen, each more inane than the other. The performances are over-the-top and the writing, replete with toilet-jokes, is cliched and steeped in mediocrity. The films drags and makes for tedious viewing.

From dignity of labour and caste struggle, to an attempt to showcase the northeastern part of India, the film makes a frantic endeavour to include social messages, but fails miserably on all fronts. There are a few dramatic twists which, although expected, give the audience respite from the monotony.

The film appears tacky from the word go and the characters seem incongruous and unreal. The production values of the film too do nothing to enhance its appearance.

Annu Kapoor as Kallu Kabaadi or KK is his usual self -- loud, crass and exaggerated, albeit within the precincts of his character.

Om Puri as Channu Khan, the chacha selling surma and ittar, delivers what is expected of him but is sorely wasted.

Sarika as Chando, the rag-picker turned wealthy wife of Kallu Kabaadi, is earnest, though her accent appears inconsistent.

Rajveer Singh as their son, who runs a successful toilet business, is a confident actor and essays his role with sincerity and endears himself with the audience. Unfortunately, his love interest, Saili (Kashish Vora), is gawky and fails to make an impact.

Brijendra Kala, as Mr. Arora, Saili's father is competent and convincing, but Vinay Pathak as Kallu's brother-in-law, Bhuriya, is an eye-sore.

The music is easily the highlight of this film. "Naina lage" and "Tera ishara de de" hit the right notes. "Zindagi ko phone to laga" sums up the essence of the film, but is poorly picturised.

Overall, "Mr. Kabaadi", if well-written and cleverly executed, could have been a simple, fun entertainer, but sadly, this tasteless and shoddy film, is best put away as scrap.