Anil Kapoor is annoyed and it's all related to the remake of his very popular sci-fi film, Mr. India. Apparently, the man is angered because there has been buzz of a sequel for a while but zero action! 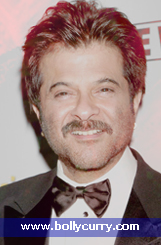 According to sources, it has been many years now since talks surrounding a sequel to the 1987 hit film surfaced, but to date nothing has materialized of the project. Anil thinks that it is high time things got cracking! He believes that actions speak louder than words and the fact that nothing has moved ahead yet has really tested his patience.

The sequel, titled Mr. India 2, is to be produced by Anil's brother, Boney Kapoor. It will see Anil and Sridevi (Boney's wife) reprising their original lead roles. Rumours have it that the bad boy of Bollywood, Salman Khan has been roped in to play the villain. That's if things finally get rolling.

We say Anil's anger is justified, what do you think?