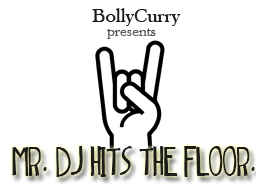 There was a time when Rock songs were only popular among the select few who followed International and underground Indian Rock bands. However, the genre has now found a much wider audience thanks to its increased presence in Bollywood. A greater number of rock artistes are finding a platform to showcase their talent through Indian films. It is also seen as a good way to connect with the urban youth of the country, as listening to rock music is the 'cool' thing to do. So in this edition, Mr. DJ brings to you some popular songs of this genre.
"Alvida" - Life in a Metro

The music album of Life in a Metro had a number of songs which became popular amongst many. "Alvida" in particular was a massive hit considering how unique it was. It was released in two versions sung by KK and the Bangladeshi artist James respectively. James is actually the pioneer of psychedelic rock in Bangladesh and his version acquired an almost cult status.
"Rock on" - Rock On!!

Rock On was the first Bollywood movie that features the journey of a rock band as its basic premise. The movie was a runaway hit, especially among the younger generation. The title track of the movie represents the overall thought of the movie. It has peppy and groovy beats and reminds you of a rock concert. This would've never been possible without Farhan Akhtar. His splendid vocals for this song are bang on!
"Sadda Haq" - Rockstar

Ranbir Kapoor is making the nation sing to his tunes, especially in Rockstar. Imtiaz Ali's directorial, A.R. Rahman's composition and Mohit Chauhan's vocals have made the song a worldwide sensation. The rock anthem of the movie "Sadda Haq Ethe Rakh!" is being chanted by people all over. Mohit Chauhan has hit the right cords with this song, making every beat mind blowing!
"Bhag DK Bose"- Delhi Belly

The title song of the movie Delhi Belly is laced with heavy rock base. The video also features the three main protagonists as rockstars. Ram Sampath wields the microphone for the song. The music is forgettable, but the true essence of the song lies in its wacky lyrics which are quite catchy. A perfect rock song indeed!
"Kurbaan Hua" - Kurbaan

Salim - Sulaiman made a rock masterpiece in the title track of Kurbaan. It has a very infectious background rock music and Vishal Dadlani does a phenomenal job of eliciting numerous emotions that range from love to compassion to deceit. The song is particularly interesting because it features a range of musical arrangements from mild to aggressive. This rock number is definitely worth giving a listen to.
"Aazma Luck" - Luck

The multi talented daughter of ace actor Kamal Haasan and actress Sarika, Shruti Haasan made her Bollywood debut with Luck, and even gave her vocals to "Aazma - Luck Is the Key". And true to her musical upbringing, she definitely excelled in this song with the voice and perfect attitude of  rock star! This is the type of rock song Bollywood always needed!
Albeit new to Bollywood, the rock genre has definitely made its niche in the industry. It offers a different flavor that adds zing to any album! What is your favorite rock song!
Author: Medha G.
Editors: Pooja B. & Gunia M.
Graphics: Saraa K.