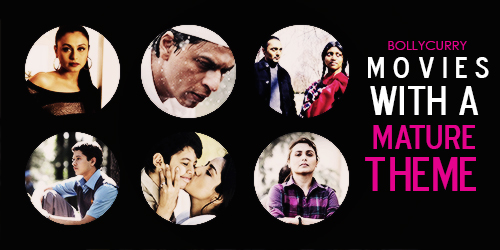 In all the years of entertainment Bollywood has managed to give many different themes. Some of which have touched our heart and some of which have brought forward a theme that could be considered "mature". Today, BollyCurry brings some of the movies that contain mature themes. 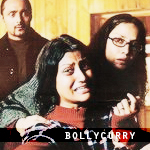 Although there are many psychological problems, this movie chooses to highlight schizophrenia, which is a condition in which one lives an imaginary life along with their real life. The story revolves around two sisters, Mitali (Konkana Sen Sharma) and Anjali (Shabana Azmi), who live with their mother. Mitali is looked after by her elder sister who is a professor. She holds her life seeing the condition of her sister. Mitali thinks she is married to her fiance Joydeep (Rahul Bose) whom she affectionately calls Jojo. One day Joydeep meets Mitali and goes about to try and help her. The movie really highlights the complex and fragile relationships that exist between a schizophrenic patient and his/her real family as well as the imaginary world the patient lives in. It also paints an image of the thin line there is between a real world and an imaginary or a world of illusion. 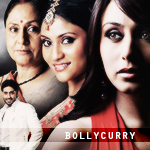 This film focuses on the lives of affectionate siblings Vaibhavri (Rani Mukherjee) aka Badki and Shubavri (Konkana Sen Sharma) aka Chutki. They live with their parents Shiv Shankar Sahaay (Anupam Kher) and Saibitri (Jaya Bachchan). Badki who is affectionate to her sister aims at educating her. In order to fulfill this wish she goes to Mumbai. After facing many setbacks and disappointments she becomes a high end escort and hides the truth from her family by lying that she is an event planner. Meanwhile Chutki pursues her MBA and falls in love with Vivaan (Kunal Kapoor). Badki falls for Rohan Verma (Abhishek Bachchan) but leaves him, afraid that he would hate her when he would find out about her profession. When the two sisters return to Benaras for Chutki's wedding, Badki learns that Rohan is Vivaan's brother.  Badki's sacrifice is lauded and eventually Rohan reveals that he knew about Badki earlier. This film is bestowed with a National Award. While the movie may not have done well at the box office, it truly highlights the life of someone with dreams but no means to fulfill those dreams. 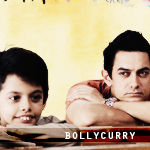 As the name suggests this is truly a star not only on earth, but also to the number of students and to Indian education system. This movie is the directorial debut of Aamir Khan. This enlightens the journey of a boy Ishan Nankdkishore Awasthi (Darsheel Safary), who is forever yelled at by his parents for his poor academic performance as they are unable to understand why he cannot be like his elder brother. He is sent to boarding school as a last attempt to bring his marks up where he meets Ram Shankar Nikhumb (Aamir Khan), the new art teacher. Ram instantly befriends Ishan and goes about teaching him in unique ways. He later informs the family that Ishan was unable to learn in normal methods as he has dyslexia. The movie gives light on the plight of children who suffer from learning disabilities. It also shows that if parents were to take the time out to actually attempt to understand their children then maybe children wouldn't face so much criticism and problems in the real world.

My Name Is Khan 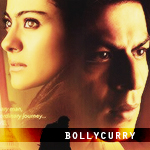 Rizwan Khan (Shah Rukh Khan) and Zakir (Jimmy Shergill) live in Mumbai with their mother. The young Zakir is jealous of his older brother as Rizwan always gets more attention from their mother due to his unique condition. Zakir moves to United States and following the death of his mother Rizwan also moves. Here Zakir's wife discovers how Rizwan is affected due to Asperger's Syndrome. Rizwan Khan meets Mandira (Kajol Devgn) while there. She has a son named Samir, but that doesn't affect him and after proposing to her in his unique style the two get married. All is well until the 9/11 attacks after which life becomes tough for the Khans due to their last name. One such incident leads to the death of Sam and Mandira tells Rizwan to tell the US President that "his name is Khan and he's not a terrorist" if he wants her to come back. Rizwan takes this request seriously and sets about on a journey to meet the President meeting many people along the way and changing their views about Muslims. This movie outlined the racism faced by Muslims all around the world after the 9/11 attacks. It also delves into the life of a person with Asperger's Syndrome and their purity and innocence. 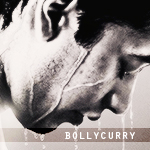 The movie focuses on Bhairav (Ronit Roy) who educates his son Rohan (Rajat Barmecha) by sending him to boarding school after the death of his first wife. Rohan reaches home after schooling and is surprised that he has a step brother. Bhairav is known to be strict who beats his children heavily when they don't listen or obey him. He sends an uninterested Rohan to study engineering without caring that Rohan wants to become a writer. Rohan purposely fails the engineering exam and arrives home to see Arjun fall down the stairs due to unknown reasons, though Rohan finds out later that it was because Arjun did something at school and Bhairav lost an important contract. Bhairav leaves Arjun in the hospital and goes off to Calcutta for a business deal. While Rohan is in the hospital with Arjun he impresses people around him with his stories and poems. One day Bhairav announces he is remarrying and is sending Arjun off to boarding school. He also burns Rohan's writings. Rohan leaves after this and returns only for Arjun who is waiting to go to boarding school. This movie delves deep into the relationship of an oppressive father and his children who have dreams of their own. It also teaches viewers that you should follow your dreams. 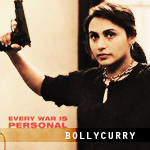 The last movie on this list is the recent release, Mardaani (2014) starring Rani Mukherjee. Shivani Shivaji Roy (Rani Mukherjee) is a strict police officer who can do anything for justice. One day a young girl, Pyaari (Priyanka Sharma) gets kidnapped and Shivani goes off on a chase to find Pyaari who she considers her niece. Shivani is sucked deep into the underworld as she is led on a chase to find the main kidnapper and save Pyaari before anything happens to her. Although it is a normal story the acting of Rani Mukherjee won praises from states like Uttar Pradesh, Madhya Pradesh, and Maharashtra. The Maharastrian government gave tax benefits to this film. This movie is considered a "mature" theme particularly for the way it showcased the underworld and the world where girls are sold against their will.

These are just some of those movies that strike a chord every time you watch them. A mature theme does not have to be something like you saw in Mardaani, but something that showcases a real life situation and the way that situation is handled in everyday life like My Name is Khan and 15 Park Avenue. That said these are just some of the movies that we brought to you. There are many others and we would like to hear from you which other movies you have seen that you feel could fall in the mature theme category!
Writer: Vaishnavi V.
Editor(s): Shreya S. &  Hershi J.
Graphics: Virina R.