Bollywood directors have made it a point to include foreign locales in their movies. Some reasons include the demand of the script, to showcase some of the rare beautiesof the world, or just to make NRIs feel more close to their roots. Whether it's the snowy Swiss mountains, or the lively blue Miami Beach, the audience thoroughly enjoys watching their favorite stars mingle in the exotic scenery. Therefore, on the day that celebrates Earth Day, BollyCurry has compiled a mini-list of movies that have been shot at foreign locations.
Zindagi Na Milegi Dobara - Spain 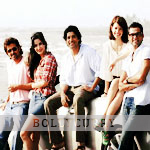 The young and successful director, Zoya Akhtar, tried a new foreign location in her directorial debut film Zindagi Na Milegi Dobara. The fun-filled film takes us on a road trip through sunny Spain and gives us a glimpse into the lives of three friends and their strong bond. The trio complete a list of adventures through which the audience get to witness the beauty and culture of Spain from a very close and personal perspective. Be it diving deep in the ocean or jumping high from the sky or becoming familiar with the town itself, those who love to travel are sure to add Spain to their go-to list once they've watched the film.
Dostana - Miami 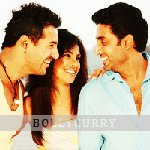 Talking of foreign locales, how can one miss the beautiful, blue and breathtaking beaches of Miami, Florida? The 2008 rom-com, Dostana, gives us a glimpse into what's known as one of the most appealing tourist locations in all of the United States. The entire skyline of Miami can be seen during the song sequence of "Jaane Kyun", while the three friends, Sameer (Abhishek Bachchan), Kunal (John Abraham), and Neha (Priyanka Chopra), explore the city's shopping facilities and having just a great time. Another famous place that was captured was the Vizcaya Museum and Gardens in Miami during the scene when Sameer and Kunal express their love for one another. Lastly, in the song "Maa Da Laadla", you are sure to virtually visit and experience the beauty of Bayfront Park in Miami.
Dilwale Dulhania Le Jayenge - Switzerland 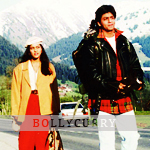 Yash Raj Films, Shah Rukh Khan, Kajol Devgn and an exotic foreign location. What more could one ask?! A super hit movie with songs that are etched into your memories forever. One such song takes you on a tour of the snow-capped mountains of the ethereal peace that is Switzerland. Whether it is the streets of the chilly locale, an inviting barn, or a horse-drawn cart during the quiet moonlight of the night, Raj and Simran's vacation definitely gave us a nice glimpse of Swiss!
Kabhi Khushi Kabhie Gham - London 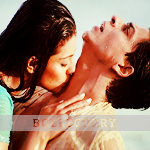 London is probably the first choice for Indian filmmakers when it comes to shooting in foreign locations. In Kabhie Khushi Kabhi Gham, the audience is taken through yet another tour of the city. The opening of the second half of the movie kicks off with a grand tour through the streets and famous sites as Rohan (Hrithik Roshan) makes his way towards his love interest, Pooja (Kareena Kapoor), and ultimately his brother, Rahul's, (Shah Rukh Khan) house. Famous locations of the city included gigantic Hyde Park and the glassy British Museum.
Bachna Ae Haseeno - Australia 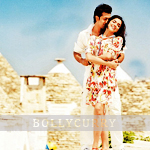 Producer Aditya Chopra chose yet another breathtaking locale for his 2008 flick,Bachna Ae Haseeno. The two cities shown in this particular movie were Melbourne and Sydney, Australia. Initially, the Casanova Raj (Ranbir Kapoor) is settled in India, but moves to Sydney during the latter half of the movie. It is in this city where he decides to start life afresh after having broken two hearts. In Sydney, he meets Gayatri (Deepika Padukone) and finally falls in love with her. He proposes her at the famous Archibald Fountain in Hyde Park.  Next time you decide to visit Australia, relive your Bachna Ae Haseeno memories by checking out these famous sites!
Do you have any favorite movies that we missed, or any favorite location that you spotted in a Bollywood flick? Do share with us! Till then, we wish you a joyous Earth Day.
Writer: Fariha L.
Editors: Komal P. and Jenifer Y.
Graphics: Shikha A.
Do you have a suggestion or comment for BollyCurry? Drop us a PM at  BC_Dropbox today.
11 Likes