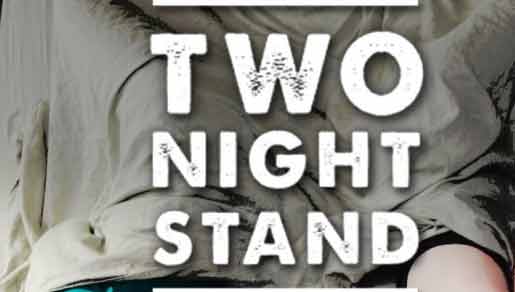 With stereotypical characters, "Two Night Stand" is a twitchy tale of romance between two down and out souls seeking sexual gratification on a blind date.

The narration starts off in a simple, uncomplicated manner with the lead pair meeting on the premise of a casual no-strings attached one-night stand. The story gradually stretches to a two-night stand packed with under-currents of tension regarding sexuality that leads to a conventional ending.

Though contrived, Nichols' maiden directorial venture is pleasingly charming that rolls on directly into the subject. Megan (Tipton) has recently been dumped by her boyfriend. In order to get her out of the blues, her roommate Fazia (Szohr) suggests she go on a blind date by hooking someone on a dating site.

A quick chat with Alec (Teller) which includes an in-camera inspection of his room, leads her to his place. After spending the night with him, an unintentional diatribe early morning, leads her barging to the main door of the apartment only to find it jammed by the piled up snow that has been accumulated due to the blizzard which hit the city.

What follows is a plot packed with debatable revelations of the characters, where ego and emotions with below the belt punches keep you hooked. The graph shifts gear as the characters swing emotions. When she is casual, he is formal and when she is uptight and demanding, he is cool, hassle free and ever obliging.

After many deliberations they agree for a second round of sex in order to give each other tips on how to become better lovers in future. Soon, the equation changes and the end is predictable.

Both characters are well-etched and performed to perfection. Tipton comfortably slips into Megan's shoe as the inexplicably harried character always edgy and anxious. Her demeanour initially is irritably cartoonish, when she is overburdened with guilt. Gradually she loosens up and is adorable. Teller as Alec is affable. His character hardly has any grey shades, making him the perfect Mr. Right.

First time writer Mark Hammer manages to provide us with a tight screenplay, which is funny and engaging. Some of the exchanges between the lead pair are sharp and well written. Given the setting and the number of characters, the output at times seems theatrical. With dialogues like: "I am sexiled by my roommate", "I am like Teflon, nothing sticks to me" or the squeaky, "Oh my god, you are giving me those googly eyes!", the writing is snappy and fresh.

The production quality of the film is good and visually, cinematographer Bobby Bukowski manages to give us some good shots of the snow filled streets.

Overall, "Two Night Stand" is a perfectly enjoyable film that portrays a candid picture of the contemporary hook-up culture.

"Abhinav Has an Alcohol Problem; Messaged Kavita in The Night To Meet" ...