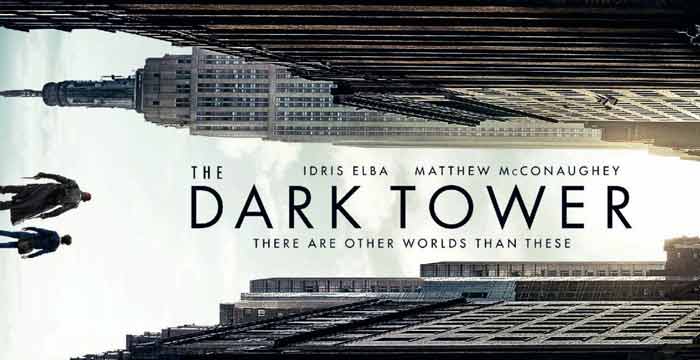 With an unprecedented avalanche of releases this week, it takes Herculean willpower and positivism to release something as banal as this Stephen King adaptation which is not so bad. Just so pointless that you wonder why its makers spent 10 years planning and plotting this pastiche of gothic horror and futuristic thrills assembled with all the loving care of a little girl doing up her doll's house long after the dolls have lost their limbs.

There is a level of amateurishness about the presentation, admittedly sublimated by the presence of extremely magnetic actor Idris Elba.

Have you seen Elba at work? I suggest you do so right away. This is an extraordinary actor who brings a sense of unfulfilled longing to all his characters. "The Dark Tower" scarcely does justice to Elba's dark and passionate presence. He plays a gunslinger who must save the world from an evil destroyer played by Mathew McConaughey who's known to be quite a chameleon in all his roles.

Here, Mathew McConaughey seems to have walked into a part earmarked for Christopher Walken. The air of casual evil sits uneasily on him. He is wicked, but not intimidating. He kills people with the flick of finger. But he can't stop Elba who, we are told, is immune to Mathew McConaughey's evil designs.

Their confrontation sequences are borderline risible.

Maybe Idris Elba and Mathew McConaughey should have swapped roles. Better still they should have looked for a better project to vent their brilliance. It really doesn't matter. Neither is the main focus of the plot. The key to the film's failed fecundity is in the hands of a young boy Jake played with flaky feeling by Tom Taylor who gets these perpetual nightmares about a ruined tower inhabited by characters who can remove the skin off their faces like Michael Jackson.

You can peel away the film's superficial terror excursion and still not reach the core, because there is none.

In all fairness,there are passages in the plot that do hold our attention. These feature Elba with his child co-star. They make an interesting pair. In a part of the film, Elba behaves like Crocodile Dundee in New York.

My favourite moment is when two exacerbated girls make a pass at Elba on a bus and he snubs them.

Wish he had shown the same strength of will and said no to doing this project.

"The Dark Tower" has some furiously staged fights filled with fire and fright. But it's too much of a mix and match affair with horror elements trying to blend into a pavement-store version of Harry Potter. Not quite the gripping entertainer the makers must have envisaged.

But then this is all about letting the imagination fly high. Right?