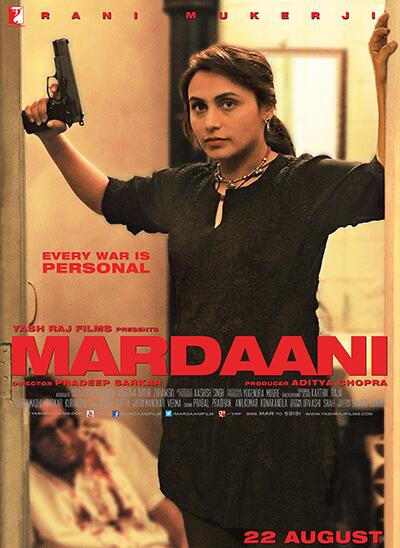 There have been a zillion debates over who is the superior sex in our country. Women have been treated as a weakling for quite some time now. But enough is enough it's time we women take some strong decisions and put our foot down. It's about time we bring out our Mardaani. Pradeep Sarkar's recent movie, Mardaani, leaves no stone unturned to evoke the Mardaani spirit in every girl.

Mardaani is a story that  revolves around a female cop Shivani Shivaji Roy (Rani Mukherjee) who is an astute cop working in a Mumbai Crime Branch unit. She lives with her husband Dr. Bikram Roy (Jisshu Sengupta) and her little niece Meera which she is very protective of. Shivani takes on a case that changes her life. A teenage girl, Pyari, who is like a daughter to her, is kidnapped by the trafficking mafia and the mafia kingpin smuggles the girl outside the city. The mafia kingpin calls Shivani and wants to know what she wants, so she will stop chasing them. Shivani asks the mafia kingpin (Tahir Bhasin) to let Pyari free, which he doesn't. Shivani Shivaji Roy doesn't know the name of mafia kingpin and she challenges him that she is going to catch him in 30 days and what follows is a cat and mouse game between a young, ruthless mafia kingpin and the police. 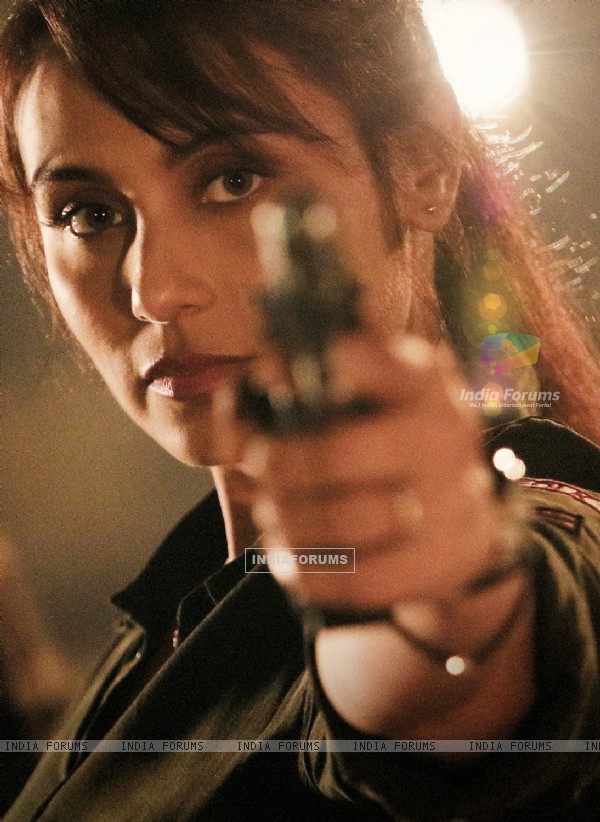 Rani Mukherjee looks confident in the role of a cop. Though she is a strong headed woman but also has an emotional side which helps her fight against all evil. She has done justice to her character and manages to keep the audience glued to their seat. She very well brings out the Mardaani spirit, which the female audience will connect with. Though her body language seems a little loose in some of the action sequences, but overall fights like a roaring lioness. Pradeep Sarkar has kept her look in the film very neutral and thus her character is very believable.

The real surprise package in the film is the antagonist, Tahir Basin, who plays the kingpin of a mafia gang and has a huge business of human trafficking as well. He plays the character with so much zest that one can feel the venom of his intentions in the film. The chemistry that the police and gangster share in the movie is bang on which makes the plot more gripping. 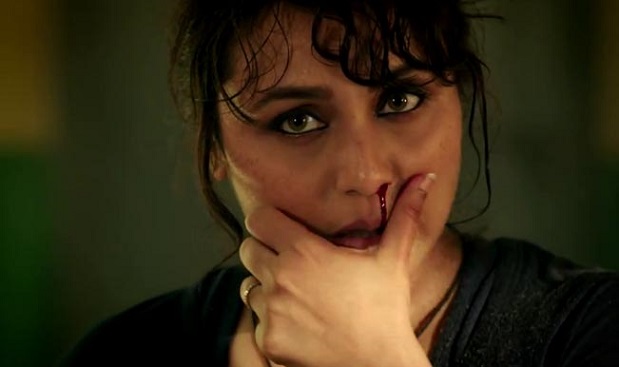 There are no forced songs other than the Mardaani anthem that gives way to the end credits. The Mardaani Anthem gets ones heart pumping.

The first half of the film is a little slow paced but the second half is very engaging. There is no unnecessary romantic angle, which is a boon to the audience. The movie goes through a continuous momentum all throughout.  There is an extensive use of abusive language and cuss words. Some of the visuals pertaining to the human trafficking market are very disturbing but the bitter truth as well. Probably being the reason for the 'A' certificate.

Mardaani puts up a heart wrenching story of child trafficking in the country. There is no entertainment quotient in the film, but entertaining films are released all throughout the year. Let's spare this weekend to a film that is made to evoke a feeling among the women, that they are not weak, they are as strong as any other human being. All the women should go for this one to bring out the mardaani in them and every man should watch this movie to realize and be aware that a mardaani lies in women as well.