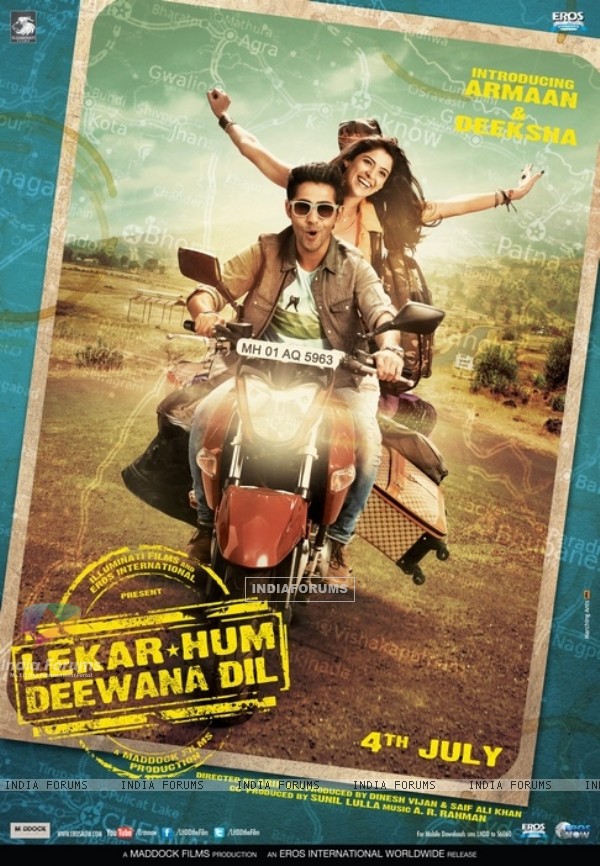 I am sure most of you have seen movies where you know the ending, but stick to your seat just to see how it happens. Lekar Hum Deewana Dil is one of such movies, however with some unwanted twists and turns. A boy and a girl fall in love, face roadblocks, heartbreaks, drift apart, but ultimately, a happy ending - sounds typical, right? But there is something that makes this film a not-so-typical love story. The story of next-gen youth and how their impulsiveness makes and breaks a relationship.

Lekar Hum Deewana Dil is a story of collegians, Dino (Dinesh Negam) and K (Krishma Shetty). The two best buddies of college whom everybody else can see as deeply-in-love and made-for-each-other type couple, but themselves. They elope fearing that Karishma's family will get her married to a guy whom she doesn't like. During their journey, they get married and expect life will be a fairy tale. Soon they face the reality, life gets tougher and they realize that it wasn't something that they wanted. 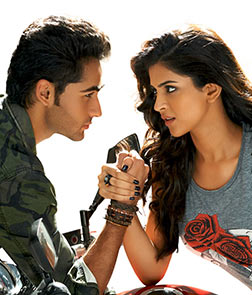 Armaan's confidence and skills will not make you feel like a debutant but was little loud in few scenes. Deeksha, featured in couple of South Indian film, will surely please the audience just like Genelia D'Souza did in "Jaane Tu Ya Jaane Naa". Well, as on-screen friends, Armaan and Deeksha were great but in some romantic scenes their chemistry was little lost. The other cast of the film acted well and did full justice to their respective roles.

The music of Lekar Hum Diwana Dil by AR Rehman is not so impactful. The slow situational track 'Maalom' and an item number "Mawaali Qawwali' are fit for the scenes but not catchy. The only song you will remember and keep humming after leaving the theater is 'Khalifa'.

All-in-all the movie is a onetime watch with a few wonderful moments. The target audience of the film 'youths' will like the film as they will be able to relate to it.