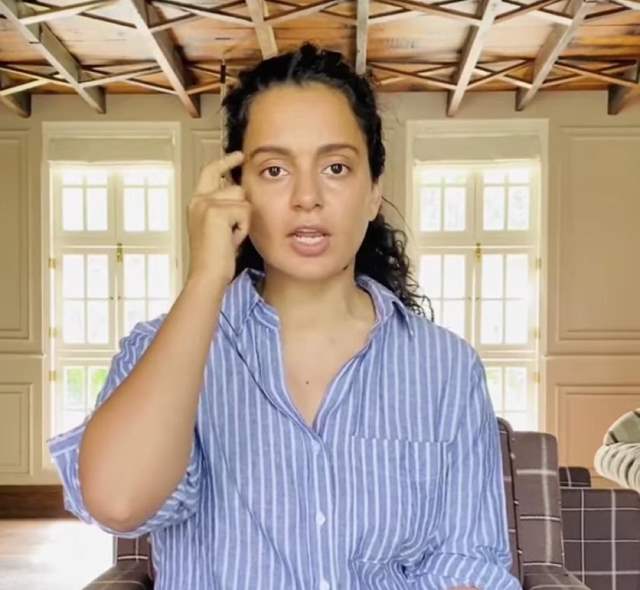 Kangana Ranaut who has been in the upfront of the entire ongoing nepotism debate, has now raised a question on why the influential people of bollywood are avoiding giving answers to the questions raised by her.

In a recent tweet, the actress has called the movie mafia gang too shrwed to taked their own lives. She has also raised a question on why the powerful people of Bollywood were being protected by scrapegoats (Tapsee Pannu, Swara Bhaskar) and not answering any questions raised by her.

"Kangana always said movie mafia won’t dirty their hands with our blood, they r too shrewd to stake their own lives and careers, Kangana in front of the whole nation named 4 most powerful people & charged them with abetment of suicide not a single one refuted her allegations.."

Amidst Pandemic, Actors Talk About Celebrating Independence ...
3 hours ago

Even after seven decades of independence, are we really ...
4 hours ago