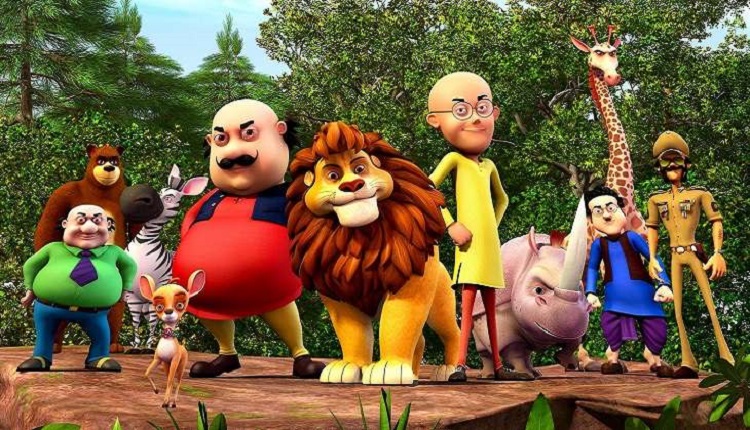 "Motu Patlu - King of Kings" is the first 3D animated feature film based on characters from the comic and popular television series of the same name.

In the film, Motu and Patlu, the two main characters help the animals of the jungle realise the importance of their home and coax them to face all odds to retain their homes and self-esteem.

This adventure drama begins with Guddu Galib, a lion who feeds on carrots and radish, escaping from the circus. His desire is to reach the jungle to lead a carefree life. By happenstance, he reaches Furfuri Nagar, where he meets Motu and Patlu who offer to reach him to his destination.

But that's not it. After they set Guddu free, Motu and Patlu come across a group of jungle plunderers who disrupt the lives of the jungle residents. How Motu and Patlu help the animals, forms the crux of the tale.

Directed by Suhas D. Kadav, the film begins on a promising note but soon the plot suffers from a narrative fatigue. The plot and scenes are amateurishly designed and speak patronisingly to the audience.

The dialogues, packed with motivational lessons are lyrical, verbose and oft-heard, overbearing with accents and lines of Hindi film actors from their respective films. Prominent of the few are Salman Khan, Sanjay Dutt, Ajay Devgn and Ashok Kumar.

Vinay Shukla and Sourav Chakraborty lend their voices for the characters and they do their best but are too loud and aggressive in their tones.

Produced by Viacom18 and Maya Digital Studios, the film's animation, though with colourful frames, lacks the finesse of international standards.

Overall, the film with an oft seen and heard premise would appeal to very small kids probably in the hinterlands of the country.

4 years ago It is very nice and funny movie and the story of the movie is brilliant.