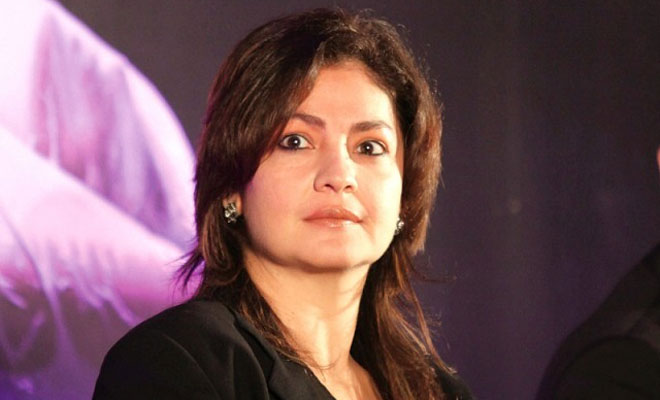 Several filmmakers have criticised the working and viability of the Central Board of Film Certification (CBFC), but actress-filmaker Pooja Bhatt says the film industry itself has a lot of growing up to do.

The CBFC has over the years faced flak for banning films like "Unfreedom" and for issuing diktats on film content or statutory warnings.

The actress, who has always stayed ahead of time with her bold yet impactful cinema through "Dil Hai Ke Manta Nahin", "Sadak", "Sir", "Zakhm" and "Tamanna", added that members of film fraternity should join hands over issues instead of concentrating on "own battles" alone.

"We only fight our own battles... I think somewhere along the line, we need to kind of understand that," added the daughter of acclaimed filmmaker Mahesh Bhatt.

In the late 1980s and 1990s, the actress-producer was considered one of the boldest of her time thanks to her controversial body paint act at the age of 17 for late fashion photographer Gautam Rajadhyaksha. And that boldness transpired into her films as well.

Even though bold content seems to be the order of the day in Bollywood, 43-year-old Pooja conceded that the audience was always ready for bold and experimental subjects.

Pooja is also now ready to face the camera again. She says she will pick roles that suit her and that she won't try to mould herself into some glossy image.

"I would like to play a woman who is my age and who looks exactly like me right now. I don't want to pretend to be a 25-year-old girl or a 32-year-old woman. And I also want to do something I have never done before -- say something evil or sexual," she added.

On the production front, she is occupied with her next project "Cabaret", in which Richa Chadha plays the lead along with former cricketer S. Sreesanth.