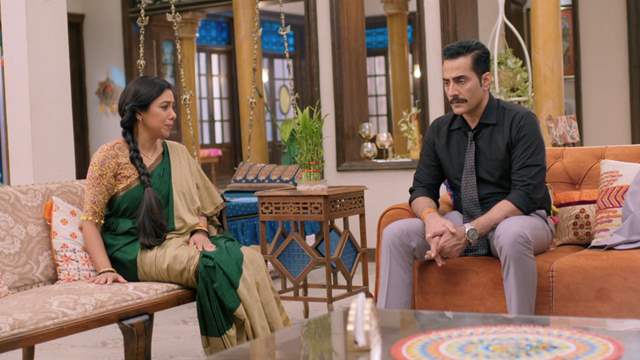 This week has been quite a spectacle for all "Anupamaa" fans. From Anupamaa and Vanraj dancing to "Radha kaise na jale" to Rakhi creating a scene at the Janmashtami celebration, the recent episodes were full of drama. In the Saturday (August 22) episode, the audience will witness some more emotional scenes as Paritosh will be seen leaving the house.

Looking at their son leaving the house, both Vanraj and Anupamaa will be taken aback, however, this will also bring them together as parents. This is for the first time the couple will share the same pain and will stand together. The makers have also recorded a special song for this sequence.

The upcoming episode will also see how the couple will try to bring their son back home and how they will mend his relationship with his love Kinjal. Don't forget to watch the Saturday episode to witness the new drama.

"Anupamaa" has managed to keep the audience hooked since day one and the storyline is getting more interesting with each episode.