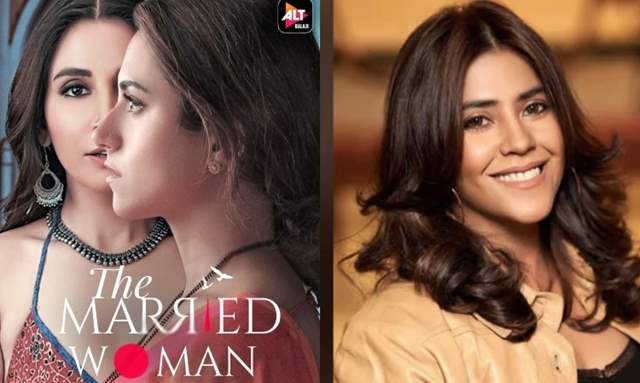 ALTBalaji's urban relationship drama based on Manju Kapur's novel, The Married Woman, has been hugely successful for its storyline and brilliant performances. It features Ridhi Dogra and Monica Dogra in the lead roles.

After her wildly successful stint in ALTBalaji's urban relationship drama 'The Married Woman', Monica Dogra asserts how incredibly grateful she is that Ekta Kapoor saw her and believed in her potential, even more than she did, causing her to take courage and play the various roles put in front of her. Monica says "Ekta carries a mystique around her, I felt like I was untouchable in the industry. Ekta takes chances on people and with me as well, for which I am extremely grateful. There are very few women like Ekta whose personalities occupy so much space, and people are just not able to put her in a box, and that makes men uncomfortable".

Ekta Kapoor constantly pushes actors to achieve more and tries to get them out of their shells. Bringing new talent to the platform and offbeat stories addressing various crucial issues in society is Ekta's strength. She has always been about breaking conditioning. This is very evident in the way she tells stories, the stories she chooses to tell, and her casting choices. Ekta Kapoor has always been about breaking stereotypes and telling stories about things that people claim they are tolerant of when they should ideally normalize it. These stories often make the self-righteous uncomfortable but empower and give voice to those in dire need of support.

The Married Woman centers around two beautiful women Aastha and Peeplika and their love, which goes beyond gender and societal boundaries. Aastha is a lovely person, but she is chained with society's pressures until she meets Peeplika, who gives her an entirely different perspective on life.