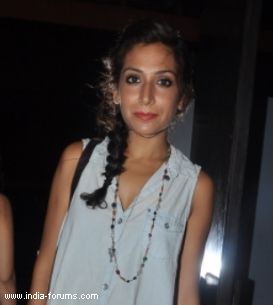 Singer-actress Monica Dogra turns curator for the first edition of a boutique luxury music festival called Magnetic Fields. She says the fest will be "dream-like".

Midival Punditz, Kutle Khan, Blot, The Bicycle Days and Kohra are some of the performing artists who will set the mood with their performances at the musical event.

"Being a part of the Magnetic Fields family allows me to be a part of creating one of the most extraordinarily dream-like festivals," Monica said in a statement Tuesday.

The festival is scheduled to be held Dec 13-15 at Alsisar Mahal, some four hours' drive away from Delhi, in Rajasthan.

Monica, a popular independent artist and singer of Bollywood track "Dooriyan bhi hai zaroori", is closely working with the team looking at the minutest details of the creativity involved in putting the event together.

"Every aspect of this festival is designed and curated - from the palace that will house it, to the cutlery and glasses, to the Bedouin tents hosting late evenings of open mics, talks on meditation and the future of Indian independent culture," added Monica.

Sushant Singh Rajput case: NO clean chit given to Bollywood ...
9 minutes ago

Bigg Boss 14: Abhinav Shukla and Rubina Dilaik to be a part ...
45 minutes ago