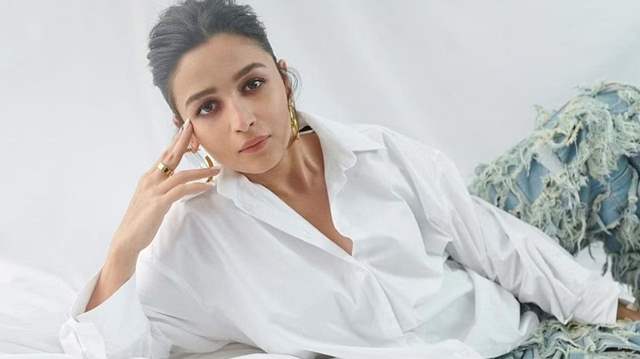 Alia Bhatt has been one of the fines B-Town actresses and has proven her mettle with every project she takes on to. But looks like its not just the acting, but the actress is all acing her fashion game and since she has announced her pregnancy, the natural glow seems to have made its place on Bhatt's face.

Since the past few weeks she has been all out and about the city promoting her films 'Darlings' which was recently released and 'Brahmastra' which is going to release shorty. During the promotional events Alia kept her best fashion foot forward and proved that she will become the most chic mom of the B-Town. So here are some of the outfits which Alia slayed post her pregnancy announcement. 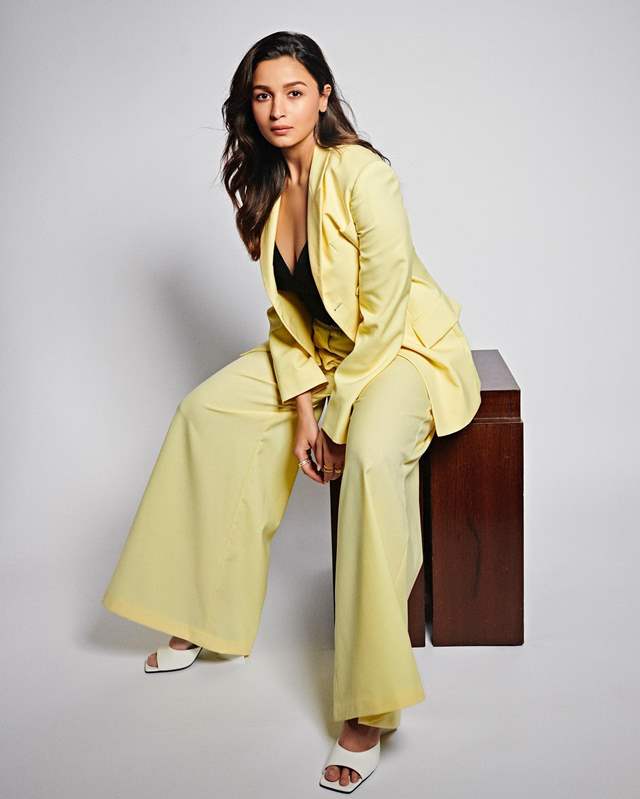 In this look Alia Bhatt exudes chic bossy lady vibes. She is seen clad in a baby yellow pant suit. She has styled a blazer upon a black plunging neck top with the same coloured pants. Alia has complimented her ensemble with white square-cut heels. She has kept her makeup subtle with a nude brown lip tint. 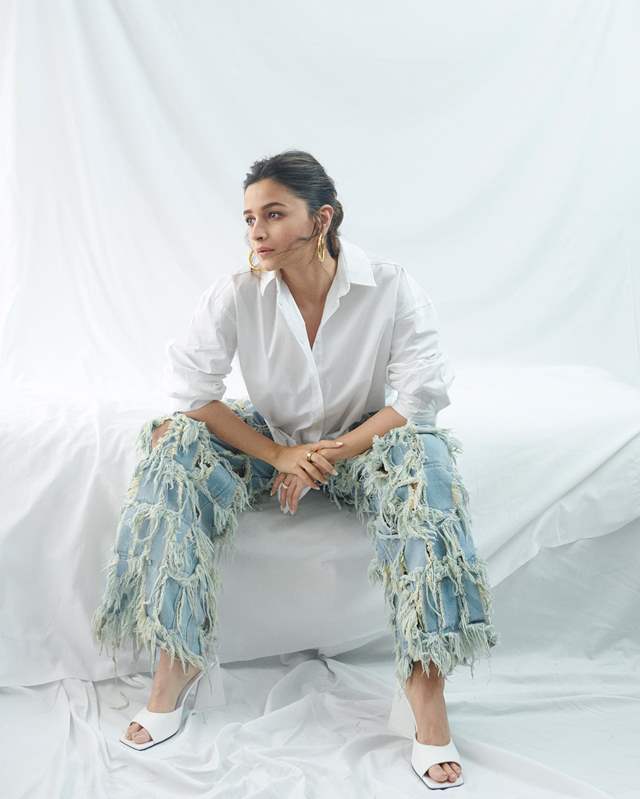 Alia went for an eccentric look with stylish pants. She opted for a rippled denim with the thread effect adding to its pomp. To balance it, she partnered it with a plain white crisp shirt. Bhatt accessorised her look with golden hoop earrings. She again went for a minimum makeup look and let her outfit do the talking.

The Bold and Sexy look

Once again opting for a new look, Alia went all bold and black this time. She dolled up in a silver and black sequined dress and styled it with a black blazer. Alia opted for black smoke eyes and a nude lip tint for her makeup and let her tresses loose with her natural waves. 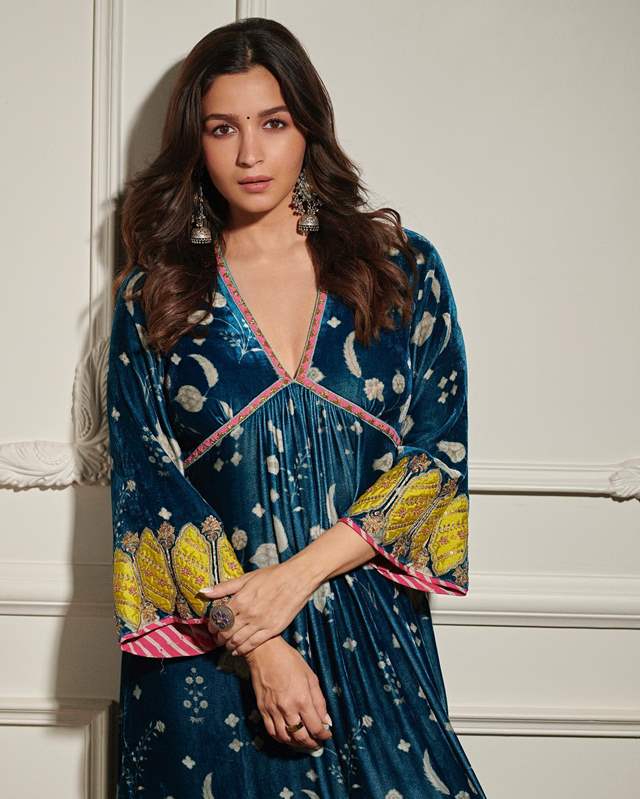 Once again, going for a different vibe, the mom-to-be Alia Bhatt opted for a new look. She was seen going all desi with her Indo-western ensemble. She donned a blue coloured loose-fit frock style gown with an ethnic touch to it. It had silver embellishments and yellow patches at the border of the flared sleeves. Alia accesorised her ensemble with finger rings and oxydized jhumkas. She also wore a small black bindi which accentuated her face. 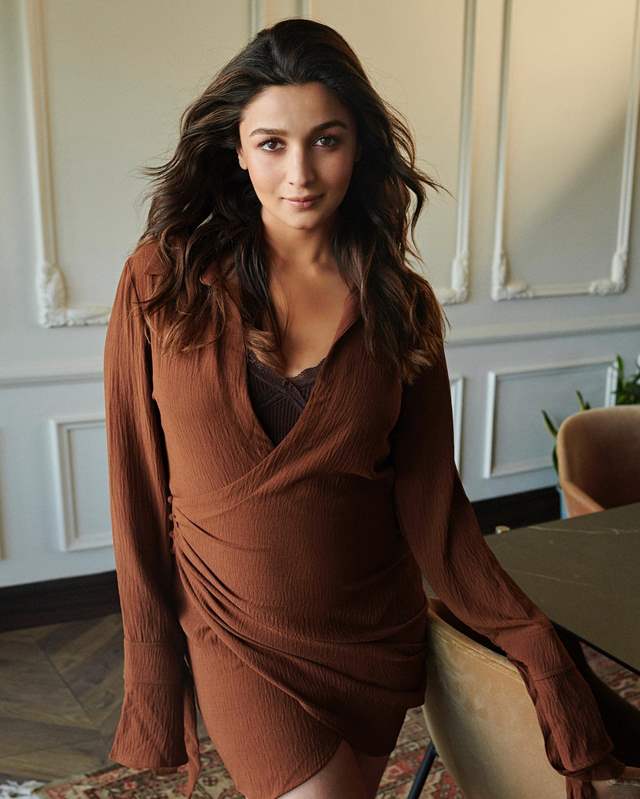 This was probably the first time when Alia confidently flaunted her baby bump. Donning a crepe mud-brown dress Alia looked completely sassy. She wore it with a chocolate brown netted inner beneath it. Bhatt kept her makeup minimal with basic bronzer and nude lip tint. She left her tresses loose and pregnancy glow was just unmissable.

Which look of Alia Bhatt is your favourite? Let us know below in the comments section.

+ 12
1 months ago She is copying Deepika’s looks. Get original