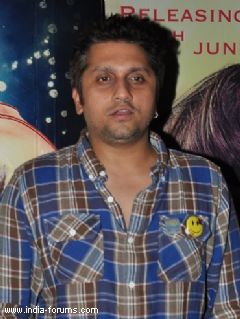 Mohit Suri, who is married to actress Udita Goswami, says his wife lets him be the way he is and he can't take away her contribution in his success story.

After last year's "Aashiqui 2", Suri has again struck gold with his latest directorial "Ek Villain", which minted Rs.16.72 crore in India on the opening day (June 27).

"Udita is the reason we are a couple because she works much harder in this relationship than I do. She lets me be the person who I am in every way and understands how I am, which means a lot to me. I can't take away her contribution towards my success," Suri told IANS in a group interview.

"She tells me 'Mohit, be the way you are. Don't try to change yourself'. She does not have the pressure of proving something to be a director's wife. She never tells me 'Take this much money'. She handles all my money and gives me pocket money," he added.

Suri, who has been directing since 2005, says he has made some bad films in the past too.

"I have made many bad films. Some of them did well, but I have not liked them myself. I was not a big fan of 'Raaz 2- The Mystery begins'. I don't blame anybody, I blame myself. 'Awarapan' might have not done well but it was a good film. I believe in that," he said.