'It's a film produced by a Malaysian satellite company. I've recorded five songs in the Malaysian language and the entire background score,' Mithoon told IANS. 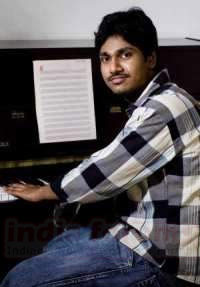 Mithoon didn't understand the language Bahasa Malay and says that it wasn't easy.

'I can't say it was easy. A year back, producers were hunting for an Indian composer. I was quite new at that time. Fortunately, they weren't looking for a big name. They agreed to hear my music and liked my compositions. I was in Kuala Lumpur working with Ning Baizura. She has sung all the tracks.'

Mithoon started out in the Mahesh Bhatt camp adpating popular Pakistani pop songs into Hindi movies. The most popular one was 'Woh Lamhe' from the movie 'Zeher'.

So how did he manage to record a whole soundtrack in a language he didn't understand?

'The lyricist was very cooperative. He'd give me the Malaysian words and I'd write them down in Hindi. Fortunately, Hindi and Bahasa Malay are sometimes similar, both originating from Sanskrit. I think I'm the only Indian composer to have composed in Malay.'

He says that enjoyed working with the Malaysian singer, but he is equally proud of Mumbai's playback singers.

'I think today's singers are able to do justice to my tunes. When Roop Kumar Rathod sang 'Maula Mere' for me in 'Anwar', I didn't for one second feel he had missed out on any of the nuances. I feel today's singers give me as much as the singers of yesteryears did to my seniors.'